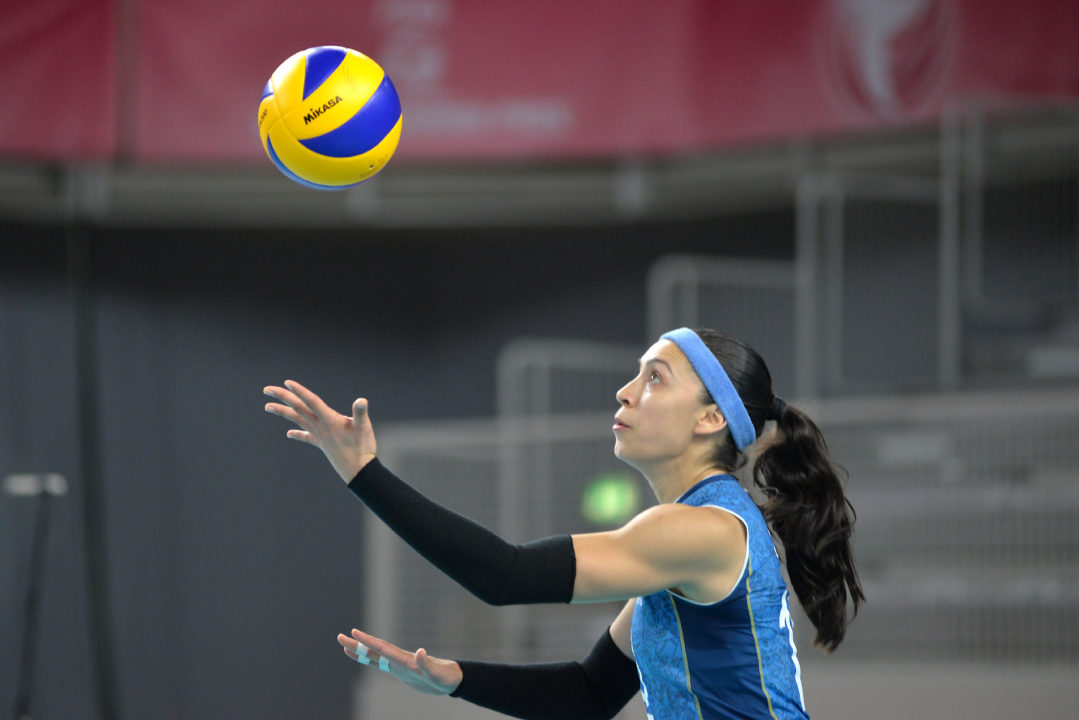 After eight years serving the national team, and having helped it achieve its first ever Olympic Games, Mimi Sosa hangs up the blue and white uniform. Current Photo via FIVB

Emilce Sosa, or Mimi for short, one of the most prominent Argentinian volleyball players to date, has announced that she has retired from the national team. That means that October 15th, the day Argentina secured a spot at the 2018 FIVB World Championships, will be remembered as the date of Mimi’s last game wearing the blue and white Argentinian colors.

The 30 year old middle blocker had been with the Argentinian squad for the last eight years, having captained it many times, and playing in seven Grand Prix, five South American Championships, and just last year participated in its first ever Olympic Games. She will continue her club career in Brazil, where she has been for the last four years (Rio do Sul, Pinheiros, São Cristovão Saúde/São Caetano).

Mimi is an impressive player with unique physical tools. Standing at only 5’10, she is very short for a middle blocker, something she quickly overcomes with superb jumping ability and court awareness. She is also an amazing server, having won Brazilian Superliga’s best server award in 2014.

For Argentinian fans, though, she will always be remembered for two things: her time as a “Leona,” which means “lioness” and is a common nickname given to female Argentinian collective sports players, made famous after the country’s many success in female field hockey; her gesture of putting her forearm in her forehead every-time she scores an ace, making visible her tattoo, which is a homage to her Native American heritage and means “my roots, my history.”