Familiar faces at the top of USports Men’s Volleyball 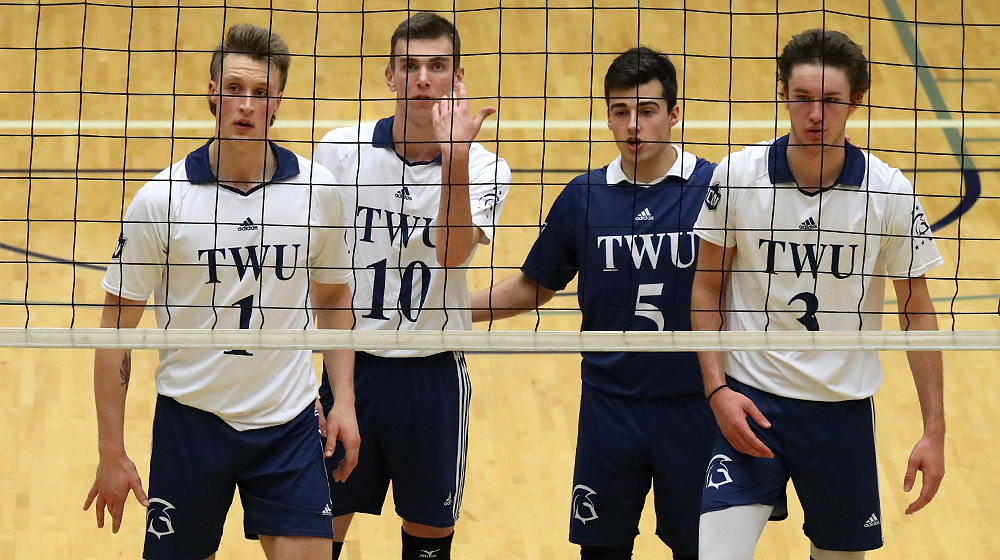 Trinity Western, UBC, and Alberta separate themselves from the rest of the pack with a month to go before the national championships.  Current Photo via gospartans.ca

With one month to go before the end of the regular season, three teams have risen head and shoulders above the rest. Trinity Western, UBC, and the University of Alberta have established themselves as the consensus top 3 teams in USports volleyball, with only one loss between the three of them in 2018.

Trinity Western is the winner of the last two CIS championships and alma mater of many Team Canada members and a small army of professional players. They have remained at the top of the rankings almost all season, and are favourites to win it once again this year. They are led by sophomore Eric Loppoeky, who is not only one of the best prospects in Canada, but one of the best in the world. He is averaging 4.26 kills per set on a league-leading 38.2% hitting efficiency, with defensive skills that are beyond most his age.

UBC came as a bit of surprise this season, as they are typically known for their dominant women’s team. They have proven to be way more than a flash in the pan, however, and have looked powerful and poised in all their matches in the tough Canada West conference this season. Setter Byron Keturakis has been pivotal to their success, leading the country in both aces and assists.

The University of Alberta is another conventional powerhouse of Canadian volleyball, winning the championships in 2015 and 2014. Taryq Sani, another sophomore stand-out, can jump out of the gym and will be a key factor if the Golden Bears hope to reclaim the CIS title from Trinity Western.

A home and home between Trinity Western and Alberta will be a can’t miss preview of the CIS finals. It will be a scoring showdown between Eric Loeppky and Taryq Sani, as they race to see who can rack up more kills over the course of the weekend.