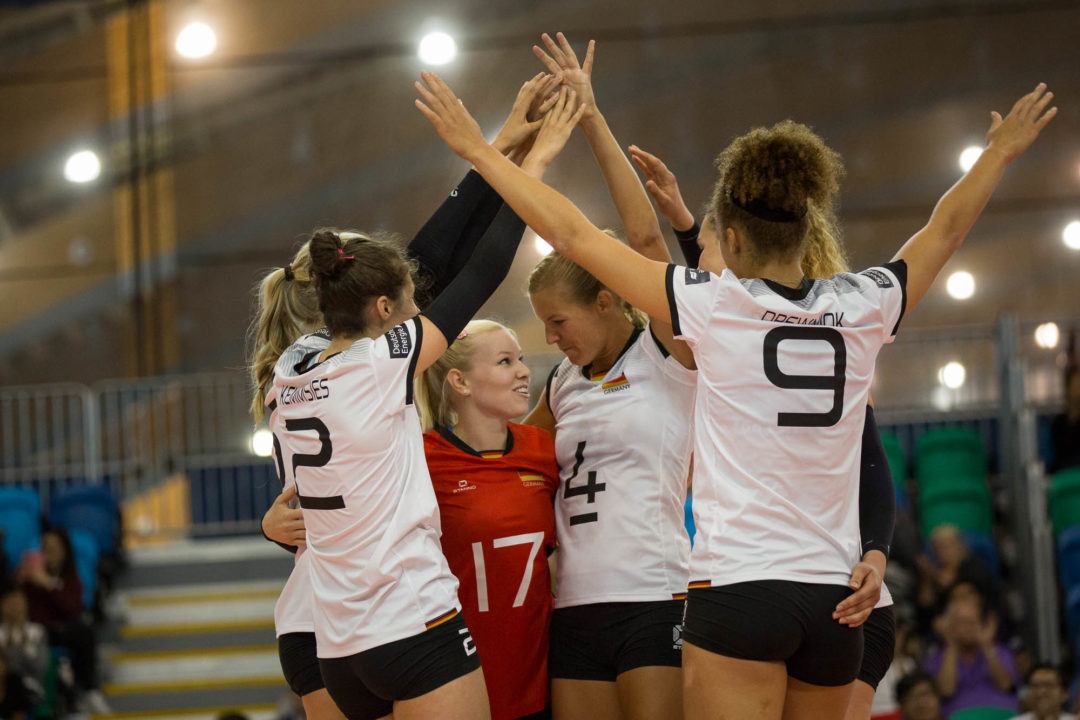 Recently, the German squad finished the VNL in 11th place with a 5-10 record - It will have to work hard in order to improve its performance in the WCH Current Photo via FIVB

The German female national team is already feeling the excitement ahead of the 2018 WCH. Coach Felix Koslowski has already called up his first list of players for the tournament and little should change in the team’s final roster. In the six weeks left until the start of the competition, the German squad will play two warm-up matches against European Championship silver medalists the Netherlands and then a friendly tournament against Italy, Canada, and Turkey.

“Slowly you begin to feel the “tingle.” I am pleased that we have now started our World Championship preparation. After a busy season and the Volleyball Nations League it was important for the players to recharge their batteries over the last few weeks. We will be working very hard to prepare for the World Championship with the international matches in Munster and Bremen playing an important role. The Netherlands will be among the favorites and as we want to go far in the tournament we can only reach our goal by playing such tough matches.” – Koslowski

Recently, the German squad finished the VNL in 11th place with a 5-10 record. It will have to work hard in order to improve its performance in the WCH. Luckily, it has lucked out in the competition’s drawing, being placed in Pool A. Their first match will be its hardest one, against the Netherlands in Yokohama on September 29. Following their opening encounter, they take on hosts Japan, Cameroon, Argentina, and Mexico.