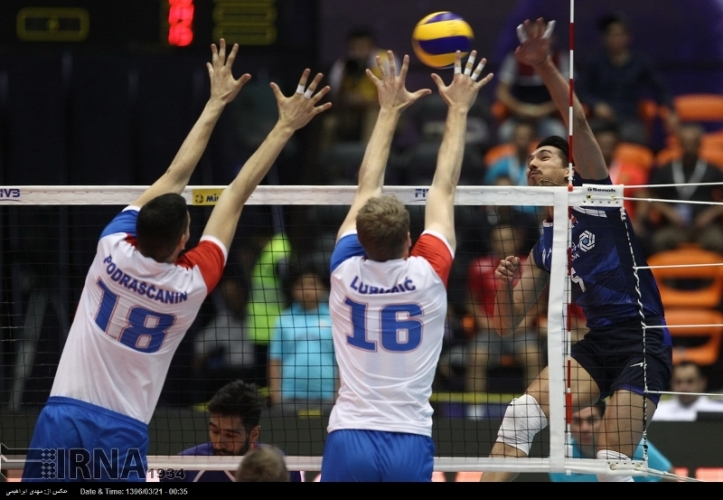 Iran’s national volleyball team will have a strong presence in the 2018 FIVB Volleyball Men’s Nations League. They took a trip to Serbia and played to games against the Serbian National Team. Igor Kolakovic, Serbian head coach of the Iran volleyball team, had planned a preparation program for his team in Serbia. On Wednesday morning, (May 16) he started his training camp outside Iran and had fixed two friendly matches with Serbia, the 11th ranked team in the world. Iran’s team left Tehran for Serbia, and arrived at 7 p.m. local time in Kralifo city.

After these matches, the Iran team is set to fly to France to play their first game at the Men’s Nations League in front of the host team. It will be a good match, seeing as Iran is ranked 8thand France is ranked 9thin the FIVB ranking table.

On Friday, May 25th, the first game will be played by Australia and Japan in week 1, pool 1 at the Preliminary round of the Men’s Nations league. Itwill continue until Sunday, June 24th in 20 pools.

The Iran team will go to Belgrade after these matches in Paris and have two training days in the city.

In week 5, Iran will host South Korea, Bulgaria, and Germany in Tehran at the indoor Azadi Stadium. This will mark the end of the preliminary round.