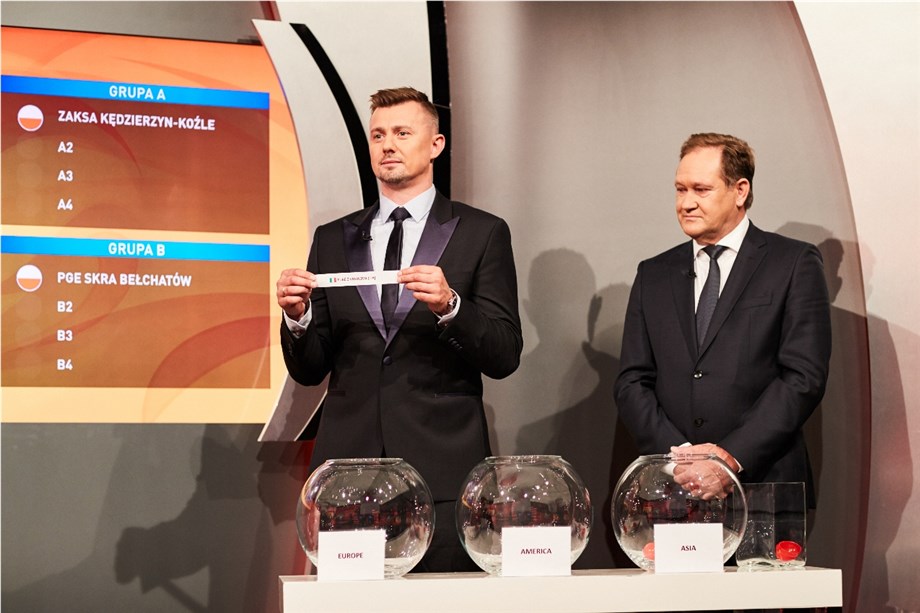 Earlier this month, FIVB held the draw for the 2017 FIVB Men’s Club World Championship tournament at the Polsat television studios in Warsaw, where the 8 competing teams learned their fates for the upcoming global pro-league championship tournament. Unlike the women’s tournament, which shifted last season to a post-season tournament, the men’s edition will move to a mid-season hallmark, meaning often quite-different teams participating than the ones that qualified a year prior.

The 8 teams were drawn into 2 pools: one of which will be played in Opole and the other in Lodz. The top two teams in each pool will advance to a single-elimination knockout round in Krakow.

Poland, who wants to continue be the home of this tournament for years to come, will get its first hosting nod in 2017 – following Brazil, Qatar, and Italy as the only countries to host in the 13 year history of the event

As the host country, Poland receives one automatic bid to the tournament (ZASKA Kedzierzyn-Kozle, the Polish champions) plus the ability to name two wild cards, which go to domestic runners-up PGE Skra Belchatow and Chinese team Shanghai Golden Age. The rest of the field is made up of the champions of the Asian, South American, and European continental tournaments, plus the national champions from the top 2 countries in the FIVB World Ranking from not-yet-qualified-countries.

The two Polish receive automatic top seeds in pool play, with the other 6 teams drawn into their respective sides of the bracket.

Of the two pools, on paper, Pool A seems to be the tougher of the two. ZAKSA are the Polish champions, as compared to PGE who lost in the Polish championship and then lost their star opposite Bartosz Kurek in the off-season. Pool A also has the two-time defending champions Sada Cruzeiro, and neither of the wild card entries who didn’t earn their way to the tournament via a national or continental title.