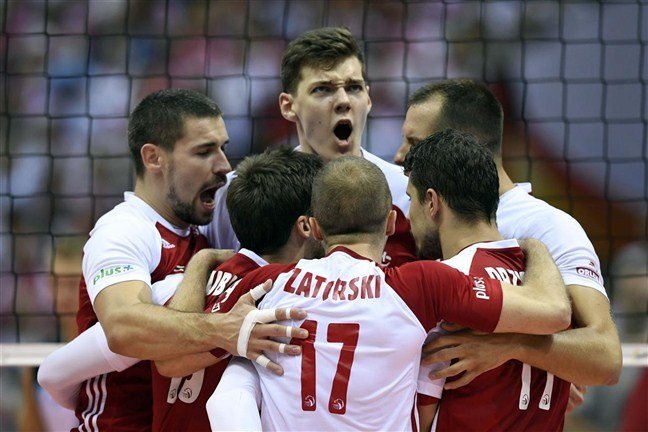 The qualification process for the 2018 Men's World Championships is nearly complete with 19 of the 24 teams allotted for the competition set.  Current Photo via CEV

The qualification process for the 2018 Men’s World Championships is nearly complete with 19 of the 24 teams allotted for the competition set. The tournament will be held in both Italy and Bulgaria next September from the 10th to the 30th. There will be a total of 103 matches played over 18 days of play.

Three teams were determined prior to the qualification process in Italy and Bulgaria as the host teams along with Poland who is the defending champion.

Seven teams from Europe made the championships in France, the Netherlands, Slovenia, Russia, Serbia, Belgium and Finland at the European qualifiers this summer. This makes for a total of 10 European teams in the World Championships – dominating the strength of the field.

From Asia, four teams made the cut across two separate Asian qualifier events – Japan, Australia, Iran and China. Out of South America, a strong Brazilian squad will compete as they won the South American championships at the beginning of August while Argentina claims the other spot at the Continental Qualification.

Recently, the first half of the NORCECA region was determined as Team USA won the qualification tournament, followed by the Dominican Republic and Canada. The remainder of the NORCECA field will be determined at a second qualifier that was formed due to Puerto Rico and Cuba being unable to attend the first due to the hurricanes that passed through their countries. The date for the qualifier is to be determined and will feature the two squads along with Mexico and Guatemala.

The final undetermined federation is the African region as their qualifier will be held in Egypt from October 22-29. There, the top-three teams will punch their tickets to the championship. Competing at the Africa Nations Championships are – Morocco, Cape Verde, Ghana, Nigeria, Niger, Congo RD, Congo Brazzaville, Kenya, Rwanda, Botswana, Zambia, Chad, Libya, Tunisia, Cameroon, Algeria and Egypt.

Once the NORCECA and CAVB federations have finished their qualification processes, the championships will have a full 24 team field that will set out to compete in just under a year. 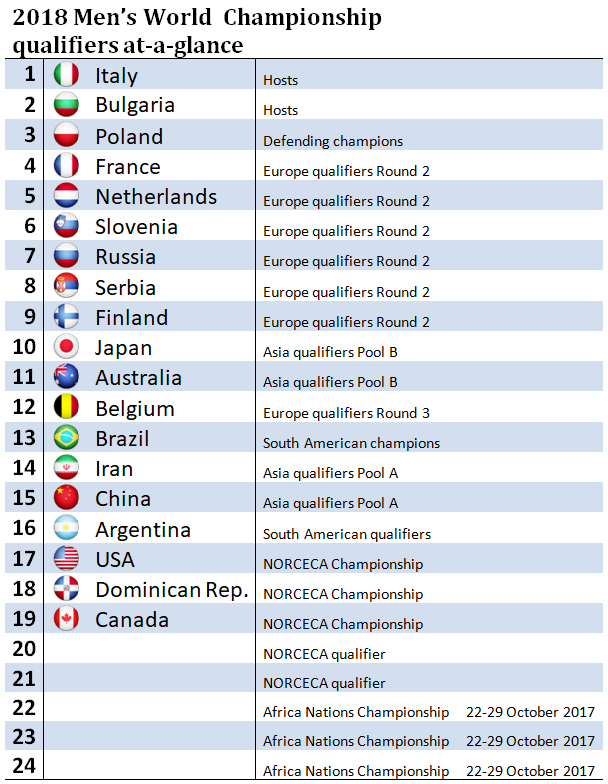