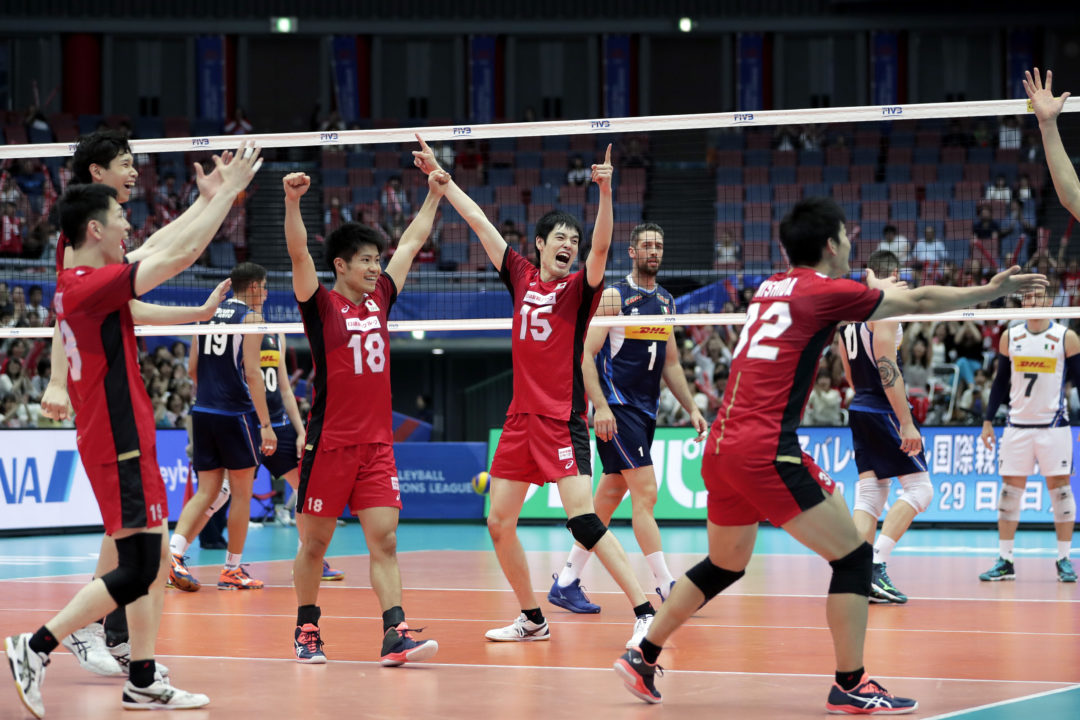 Dawid Konarski and Bartosz Kwolek made their way back into the starting lineup for Poland and made the most of it, combining for 35 points in a four-set win on Sunday. Meanwhile, forty-three errors undid Italy in a five-set loss to host Japan. Current Photo via FIVB

Dawid Konarski and Bartosz Kwolek made their way back into the starting lineup for Poland and made the most of it, combining for 35 points in a four-set win on Sunday.

Konarski chalked up 18 points on 15 kills, two blocks and an ace, while Kwolek scored 17 points, all on kills. Piotr Nowakowski played a key supporting role with eight points on a team-best five blocks and a team-high three aces. Poland utilized 12 players in the match and nine scored.

Poland took advantage of 38 Bulgarian miscues in the match and also boasted a 12-6 lead in blocks in the win. Bulgaria outdid the Poles 52-44 in kills and 6-5 in blocks, but had help from just 20 Polish errors.

Forty-three errors undid Italy in a five-set loss to Japan on Sunday.

The Italians owned the net, outblocking Japan 12-5 and boasting a seven-point edge in kills (64-58), but could not overcome the 43 points they gave away on errors. For its part, Japan committed just 24 miscues in the match en route to thrilling the home crowd assembled to see the upset. Both teams served up three aces.

Gabriele Nelli led a group of four Italian players with double-digit scoring efforts, turning in 21 points (16 kills, 3 blocks, 2 aces). Filippo Lanza (15), Simone Anzani (14) and Luigi Randazzo (11) rounded out the group. Lanza added 14 putaways, while Anzani and Randazzo chipped in 13 and 10 respectively. The trio each added a block. Randazzo did his work in just over three sets, starting sets 1, 4 and 5. Daniele Mazzone put up a team-high three block and five kills in just over three sets of action, earning the start in Sets 1, 2 and 3. The Italians opted to leave its top two scorers Ivan Zaytsev and Osmany Juantorena at home for Week 3 play, and the team went 1-2 without them in Japan.