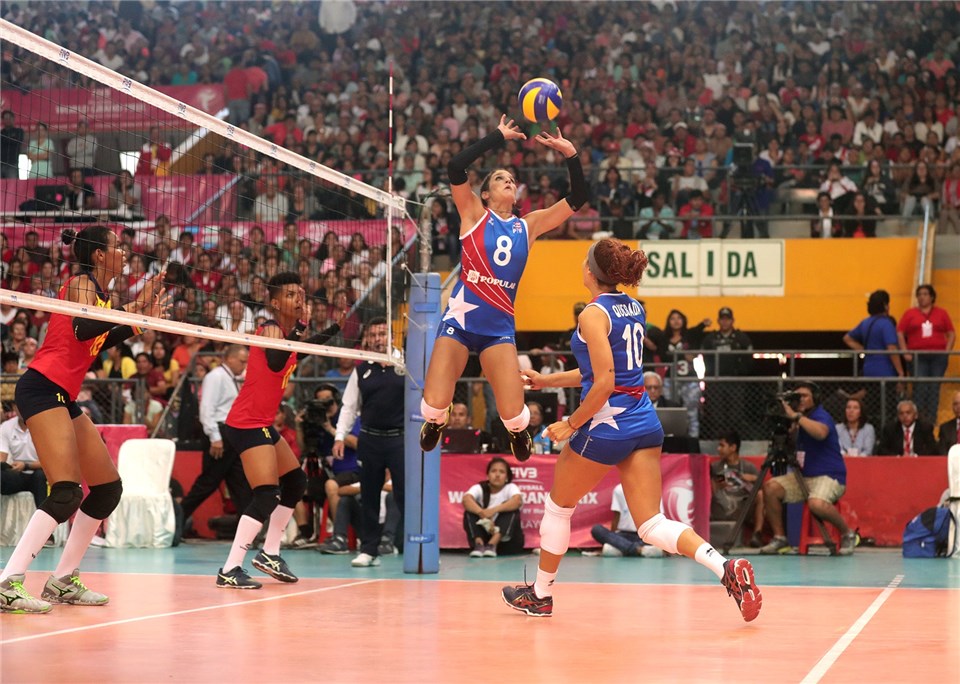 Jennifer Nogueras, a former Washington University Husky (class of 2013), has signed her first international contract in Poland. She will be defending Uni Opole’s colors and will hold the distinction of being the first Puerto Rican national to play in the European Country. She is now one of many Puerto Rican players who had to flee the island after it was devastated by a series of natural disasters.

Nogueras has been a staple in all of Puerto Rico’s national teams from the youth level up to its senior squads, winning a bronze medal at the 2014 Pan American Cup. After graduating, she played with Criñas de Caguas in the Puerto Rican league, winning Rookie of the Year honors in 2015. She was a league champion in 2015, 2016, and 2017.

Here is what she had to say of the transfer, according to an interview with Noticel.com:

“I think it was a step I had to take. Whenever there is some kind of discussion between who are the best Puerto Rican seetters, there is always the argument that I don’t have international experience. It’s true, it’s a reality. It’s one thing to play the league here and be in your comfort zone, the teams know you and all that. Another thing is to play abroad where there are teams, leagues, and players of very high level. I understand that this is very important for me and it was time for me to take this step.

I understand that Opole is in 11th place out of 12 teams in the league. I’m going to a team that has been somewhat different from my years in Caguas. A team that is now down in the standings, so it is different and new challenge. I’m going to see what I’m made of. If they are looking for a setter, it is for a reason. I think the last three years have prepared me to run an offense. I think that setters are the heart of an offense, and that I will be a big part of this team. I am confident that we will win no matter what.

Maria passed through Puerto Rico. I had to look for a contract abroad, because for it is very important to continue playing. I think that now, being part of the National Team, I have a duty to keep in shape and continue to improve my game. I had to find a way to play this year.”

According to the interview, Nogueras also had offers from another French, German, and other Polish teams.

Uni Opole was founded only in 2006, and gained a promotion to Polish’s top tier league in its first year of existence. Thus, the 2017-18 season is its debut season in Poland’s highest level of volleyball competition.

My expression after signing my first international contract. Next stop: Poland 🇵🇱