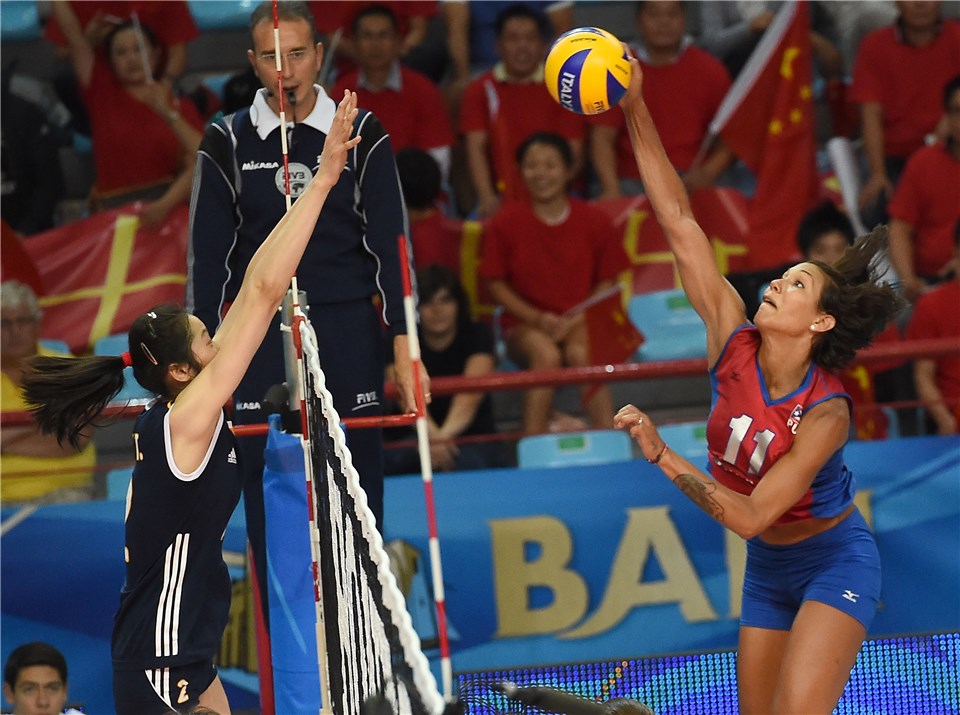 With the Puertan Rican league cancelled due to the many natural disasters that have hit the island this season, a lot of famous players are going abroad to continue their sporting careers. In volleyball, it is no different. The Puerto Rican Volleyball Federation recently announced in its official website that Karina Ocasio, who defended the team’s colors at the 2016 Olympic Games, has signed a contract in Indonesia with Jakarta 46 VB. She will be the first female Puerto Rican player to play in Indonesia.

Th 6’4″ 32-year-old Ocasio is a staple in Puerto Rico’s senior teams, having debuted at the 2002 FIVB Volleyball Women’s World Championship in Germany at only 17 years of age and still going strong. With the team, she won the Best Scorer award at the 2015 Pan American Games.

Ocasio has played abroad in Italy, South Korea, and China. In club play, she has alternated her last few seasons with Puerto Rico’s Criollas de Cagua and China’s Fujian.