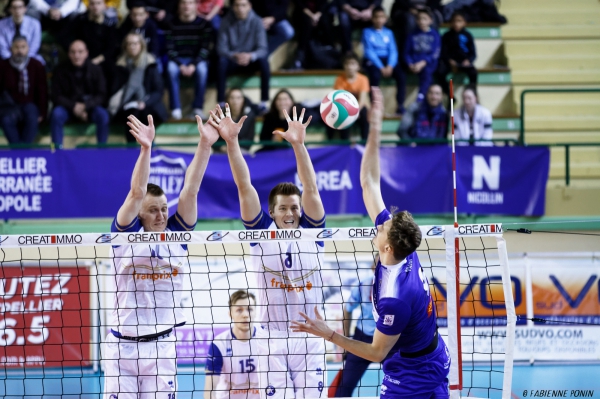 As the saga of suspension for Paris Volley continues for a third straight week and enters its second round of appeals, the French Ligue A has announced it is postponing the playoffs at least a week.  Current Photo via Paris Volley

As the saga of suspension for Paris Volley continues for a third straight week and enters its second round of appeals, the French Ligue A has announced it is postponing the playoffs at least a week.

Originally slated for the final week of March, the quarterfinals have been pushed to the first weekend of April.

Due to financial discrepancies between the team’s reported payroll and that found in a CACCP audit amounting to $450,000 euros, the French Commission announced Paris Volley would not participate in the playoffs and also faced recruiting restrictions and possible relegation.

While the relegation will be decided in June, the playoff suspension is now in the hands of the French National Olympic and Sports Committee (CNOSF) after the National Directorate of Support and Management Control (DNACG) denied Paris Volley’s first appeal on March 22.

The team has maintained the discrepancy was merely a bookkeeping problem, but the DNACG said its decision to deny the appeal revolved around a “violation of fairness and providing inaccurate information to the DNACG.”

Paris Volley’s inclusion or ousting from the playoffs is key as the team currently sits in third place in the league standings with one round of regular season action ahead.

Hanging in the balance is Nice Volleyball, which is on tap to enter the quarterfinals in Paris Volley’s absence. Nice is currently in ninth place with 25 points.

Six matches are on slate for Saturday afternoon:

Paris Volley is one of the most successful French clubs, having won the league’s gold medal nine times and reached the medal round in 12 of the last 17 years.