French Men to Play Friendly Against Japan on May 21st 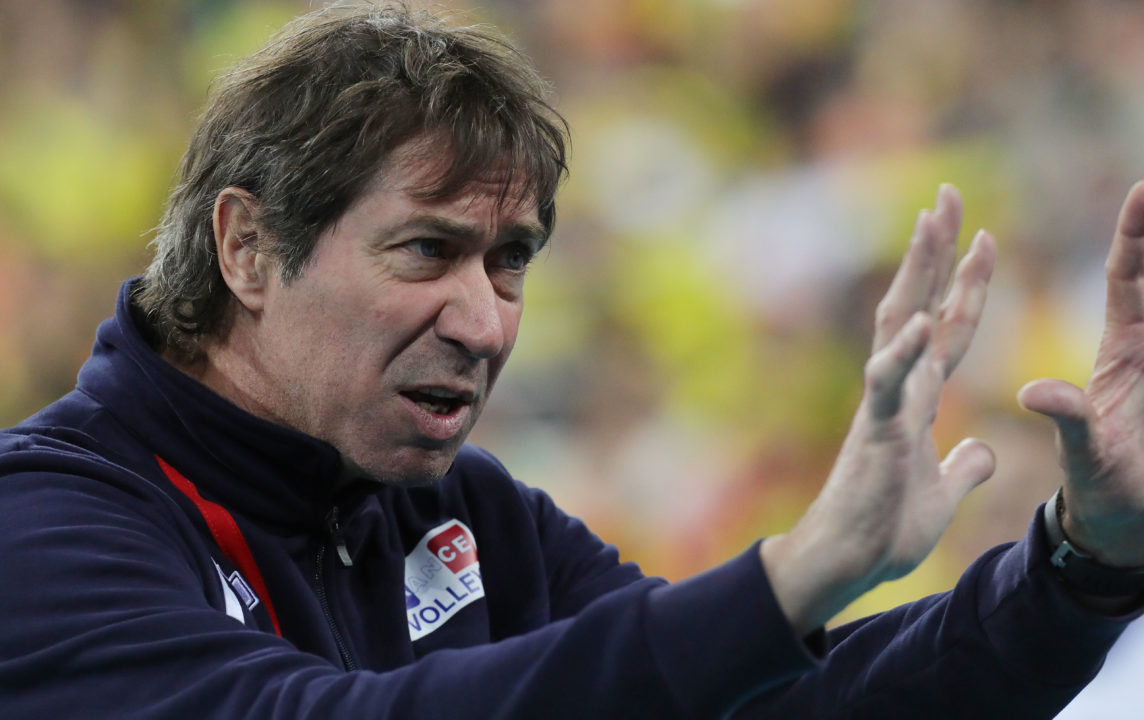 Japan has taken only a single set from France in the last decade. Above: French coach Laurent Tillie. Current Photo via FIVB

Both teams will begin their Nation’s League quest in Rouen 4 days later, on May 25th, where Japan opens against Australia and France opens against Iran. France and Japan will play the next day, May 26th, in a counting game, in the first of 5 weeks of competition.

France swept Japan 3-0 in last year’s FIVB World Grand Champions Cup, which was France’s only win in the single round robin tournament. The two teams avoided each other in World League play in 2017, but France has generally dominated Japan, with the Japanese having taken only 1 set from France in formal competition since at least 2009.

Caen is about a 90 minute drive from Rouen, the site of the opening round and where the French team will be based. Both are located on the northern coast of France, southwest of Paris.

The match will take place at the Palais des sports de Caen, wiwth a capacity of 2,950 spectators. Tickets are being sold for €15 and can be purchased here.