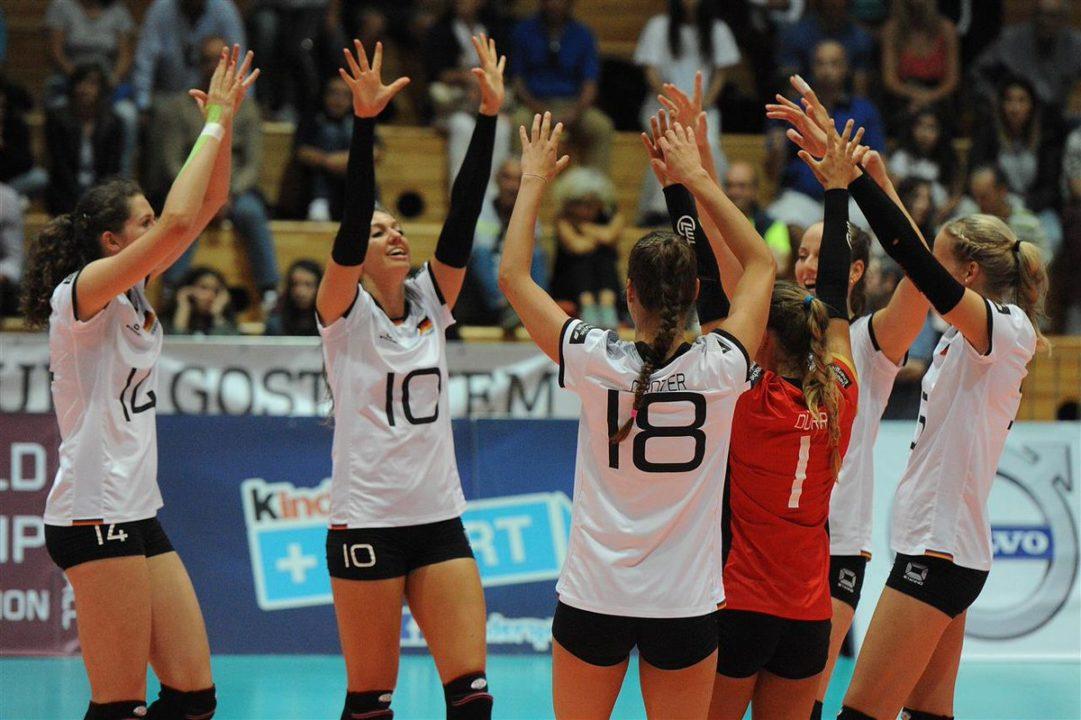 No. 3 Germany was the last of the favorites to officially claim its spot in the World Championships, doing so with a four-set win over France on Sunday. Current Photo via CEV Volleyball

No. 3 Germany was the last of the favorites to officially claim its spot in the World Championships, doing so with a four-set win over France on Sunday.

No. 5 Netherlands will have to fight through the third round in August to earn a spot.

Slovenia raced ahead 21-9 in Set 1 and led throughout Set 2 in a 25-21 win, but the Finnish had a 24-21 lead in the third set, before giving up five straight points to close out the match.

Both teams managed eight blocks. Finland won the serving battle 11-7, but it was not enough to overcome a 48 percent hitting effort by the Slovenian side.

“We are happy with the qualification for the third round, but unhappy with the match against Germany, since we played a way below our level,” Slovenian captain Eva Mori said.

“(I am) very happy and proud,” German coach Felix Koslowski said. “We were the favorite team and we had to play with that pressure on our shoulders. The qualification in Europe is very difficult since many teams can play at a very high level. France played their best two sets in the tournament against our team. I decided to use some younger players and they played at a high level, which makes me feel good about the perspectives for next year’s World Championship.”

After falling behind 2-0 in the match, France cruised to a 25-22 win in Set 3 thanks to four blocks, three aces and 16 kills. Germany, however, returned the favor with a start-to-finish 25-17 win in Set 4, with help from 10 French miscues.

Eight blocks, including four by Carina Moura, and 13 aces, with four coming from Julia Kavalenka, helped guide the Portuguese effort. Portugal also hit at a 53 percent clip in the sweep.

“The key to this result was consistency,” Portugal assistant coach Manuel Almeida said. “Today our performance had what we lacked the other days. We played a series of matches that really motivate us to continue with our work, and this applies especially to the young players on the team and to those belonging to the extended roster. It was an excellent way to prepare for the European League and now we will try to keep improving and evolving as a team.”

Kavalenka followed Coelho with 14 points, while Marta Hurst chipped in 11.