WATCH: All Day 3 Group 1 Replays From the 2017 FIVB World League 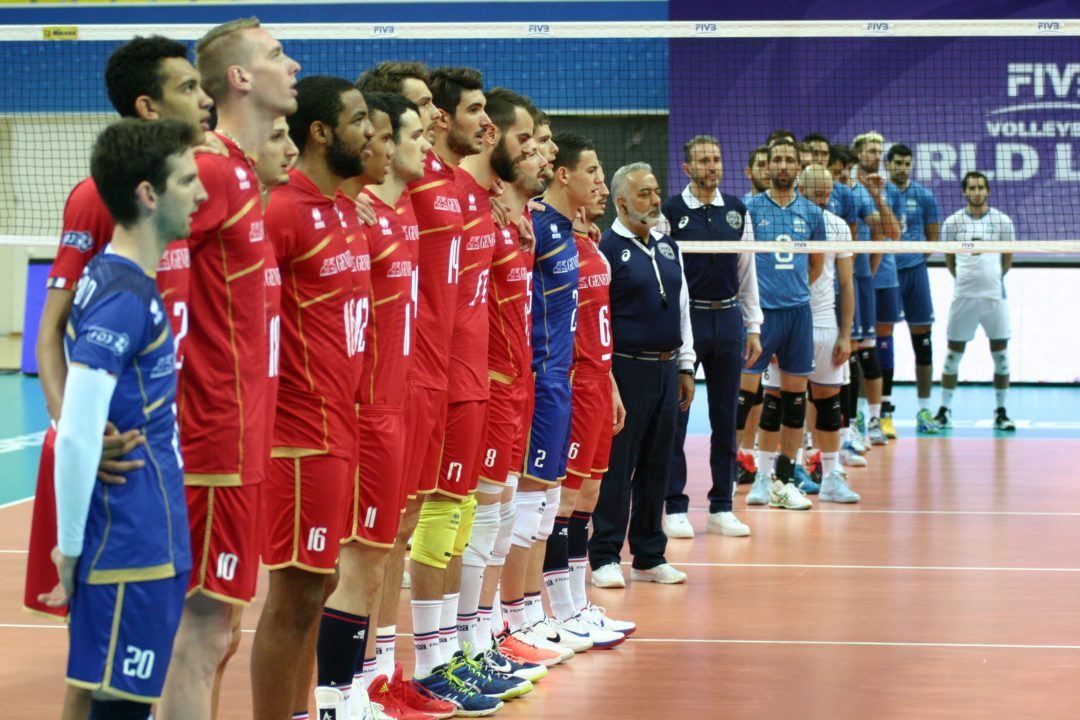 Even without their superstar Earvin Ngapeth, France picked up a perfect 9 points in the first weekend of the 2017 FIVB World League. Current

European neighbors France and Belgium sit atop the tables after the first of 3 intercontinental weekends at the 2017 FIVB World League. The top 5 teams that aren’t Brazil will advance to the Final 6 that Brazil will host in July (and earn an automatic berth to).

France was the only team that picked up the maximum 9 points, even without superstar Earvin Ngapeth on their 14-man roster (though he is on the country’s expanded World League roster).

France will host their next round of play, Pool F1, where they’ll welcome in Italy, Russia, and the United States. That’s a group that looked like it might be challenging coming into the tournament, but has waned, especially with Italy and the United States missing so many of their stars.

Russia started off the tournament hot, dominating Argentina, but wound up losing to France and Bulgaria.

France already has a 3-1 victory over Russia under their belts in the opening round in Kazan. Italy also stumbled to 2-straight losses after an opening-round win over Iran, and the Olympic bronze medalists from the United States were 0-3 in the opening weekend.

Argentina and the United States are in a tough position for qualifying on to the Final 6, but basically every other team is still in contention because of how much parity there was over the first weekend.