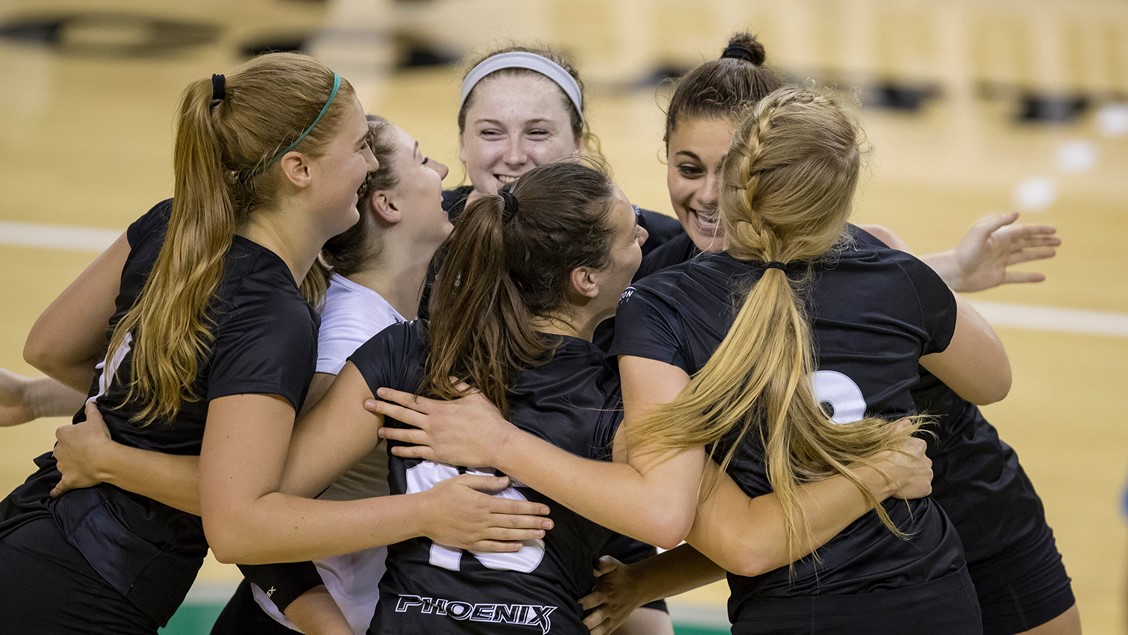 Green Bay fights past Illinois State in front of a home crowd to move to the quarterfinal stage of the NIVC Tournament where they will face off against TCU in Dallas, Texas on December 6. Current Photo via Green Bay Athletics 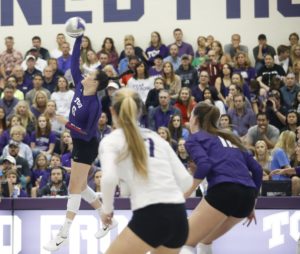 The first set was a close contest as the Phoenix fought to take the first 25-23 but rallied to win the second by a larger margin of 25-19. The third set saw the Redbirds show some fight in the match as they avoided the sweep with a 25-18 third set win but couldn’t finish in the fourth set, falling 26-24.

Sometimes when you pick up a big win in front of your home fans to move into the round of 8 in the @WomensNIVC you have to celebrate a little bit! #GoPhoenix #DallasBound #NIVC pic.twitter.com/WlLtrNsHTP

Jessica Wolf led the Phoenix with 15 kills on a .323 hitting clip while three other Green Bay players put down double-digit kills – Lydia DeWeese (14), Taylor Wolf (13) and Roberta Todd (10). Taylor Wolf added 16 digs to her tally to post a double-double while Austyn Everingham and Vanessa Buman picked up 11 and 10 digs, respectively.

The Green Bay Volleyball team punched its ticket to the Postseason NIVC Quarterfinals on Friday evening, downing Illinois State 3-1 in the Second Round at the Kress Center. The Phoenix (17-15) will now take flight to Dallas, Texas, where it will challenge TCU in the Quarterfinal round on Wednesday, Dec. 6, at 7 p.m. CT. TCU defeated North Texas tonight 3-2 in the Second Round, and will now host a pair of Quarterfinal matchups and a semifinal.

Jessica Wolf and Taylor Wolf combined for 25 kills in the winning effort, a night after needing five sets to defeat Bowling Green. T. Wolf recorded a double-double with 16 digs, while both of the Wolf sisters hit well over .300 in the match.

Lydia DeWeese and Roberta Todd also racked up double-digit kills, finishing with 14 and 10 kills respectively. DeWeese led the Phoenix with 16 points in the match as well, adding four blocks.

Green Bay opened up a 2-0 lead in the match, winning the first set narrowly at 25-23 before coming away with a 25-19 win in the second. The Redbirds (22-13), which cruised past Horizon League member IUPUI last night in straight sets, won the third set before the Phoenix ended the match with a 26-24 win in the fourth set.

Maddie Yoss did her part with 47 assists and seven digs, while the Phoenix defense came through once again. T. Wolf (16), Austyn Everingham (11) and Vanessa Buman (10) all finished with double-digit dig performances.

The Phoenix took care of business on its home floor, and will now have to travel to the Lone Star State to continue its quest for an NIVC Championship. The Horned Frogs (14-16) are actually under .500 on the season, but compete in the competitive and stacked Big 12 conference. TCU has defeated Wyoming and North Texas to reach the Quarterfinal.

The Illinois State volleyball team rallied late but was unable to overcome dropping the first two sets in a 3-1 loss to host Green Bay Friday in the second round of the National Invitational Volleyball Champion at Kress Events Center.

Illinois State lost two close sets to start the match before winning a lopsided third set. Green Bay then battled back and came from behind to win a fourth set that required extra points.

The Redbirds’ season ends with a 22-13 overall record, with the 22 wins matching the program’s second-highest total since the turn of the century.

“It felt like we waited too long to show up. We gave them so much confidence early in the match. But we came out in sets three and four and had a lot of control and played well, and I liked how we responded,” said Illinois State head coach Leah Johnson “We were so proud to have this season for our seniors and to have the chance to play in the postseason.”

Green Bay claimed an incredibly close opening set that featured 12 tied scores and six lead changes. Neither team led by more than two points at any juncture in the set, but Green Bay finished strong, scoring four of the final six points to break a 21-21 tie late.

The Phoenix never trailed in the second set after scoring the first three points in the set. A 7-1 run late turned a 16-14 Green Bay lead into a 23-15 advantage for the hosts. Illinois State scored four-straight points to answer, forcing a Green Bay timeout, but the Phoenix scored the next two points to take a 2-0 lead into the break.

Illinois State built a commanding lead and fought off a furious Green Bay rally to win the third set. The Redbirds went ahead by as many as 11 points, at 14-3, but the Phoenix got back within two points late, at 18-16. The Redbirds answered with three-straight points, however, and won their first set of the match when Sydney Holt provided a set-winning kill.