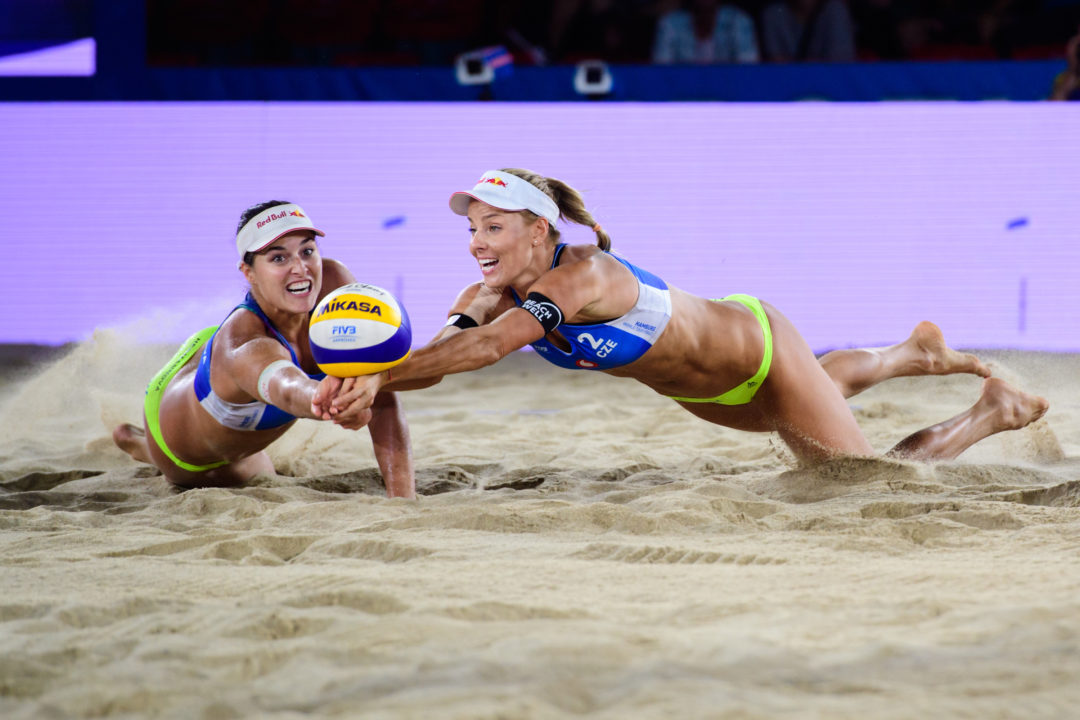 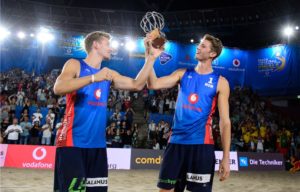 No. 3 Agatha/Duda and No. 5 Bansley/Wilkerson played their opening match on Wednesday and added a second victory on Thursday. No. 2 Hermannova/Slukova posted two wins, both in tiebreak on Thursday.

“It looks like we are trying to keep it exciting as we played a couple of
three-setters today against really tough teams,” Slukova said after the second win. “We were losing in the beginning and kind of came back in the end of the first set, but it wasn’t enough to close it. We came up stronger in the second and the third. It’s a victory which is very important.”

“That was a great match,” Hughes said. “Germany played so well. In the first set we didn’t side out so well but in the second and third we took care of business. We’re taking it one point at a time out here so we’re ready to compete and have fun and hopefully come out with a few more victories.”

“I thought it was a game of the least errors and we ended up holding our own there in the end,” Ross added. “The German fans are amazing. Center Court is like a dream, I just want to go back and play again on center.”

At the bottom of the standings are sixth-seeded Canadians Melissa Humana-Paredes/Sarah Pavan, who are 0-2 thus far as are eighth-seeded Dutch duo Sanne Keizer/Madelein Meppelink. Both pairs have lost two matches via sweep.

“We were winning 18-14 in the first and gave them like five points in a row,” Pavan said. “I think that was a big thing that went wrong. The wheels fell off at that point and we didn’t recover in the second and they just ran away with it. We didn’t manage Duda’s serve at the end of the first set.”

Hope is not lost for the pair, which has won three gold medals and has been among the top five at nine tournaments in 2018.

“Tomorrow’s going to be a big day, we have two games and they’re
must-wins,” Humana-Paredes said. “We’ve got to do whatever we can tonight to be ready to come out stronger tomorrow.”

The road does not get easier for the Canadians with Hermannova/Slukova up next on the slate, followed by a meeting with No. 9 Bieneck/Schneider to round out their pool play schedule.

Six more pool play matches are on tap for Friday with four to follow on Saturday. The top team in each pool will earn a free pass to the semifinals, while the second and third place duos will play in the quarterfinals. 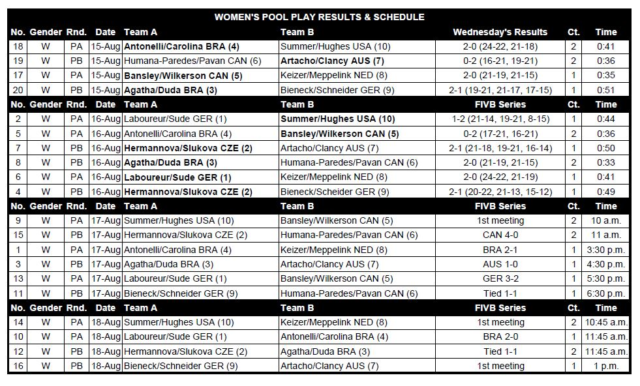