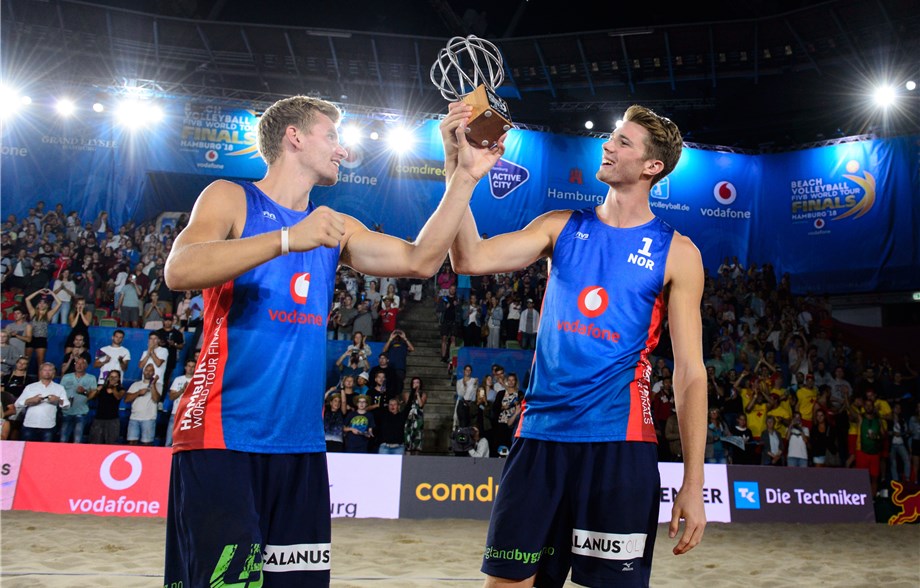 Bryl/Fijalek take home the silver and an $80,000 check. The pair defeated fellow Poles Piotr Kantor/Bartosz Losiak 21-17, 21-15 in the semifinals to earn the matchup with Mol/Sorum. The silver medal is the second of the year for Bryl/Fijalek, who also were runnerup to Mol/Sorum at the Vienna Major.

Kantor/Losiak, the No. 4 overall seed, rounded out the podium with the bronze medal and $50,000, rallying past homestanding Thole/Wickler 19-21, 21-15, 15-13. The Polish side, which finished fourth at the 2017 World Tour Finals, add their fifth medal of the year with the bronze, following gold at the Warsaw Four Star (July 1), silver at the Hague Four Star (Jan. 7) and Ostrava Four Star (June 24) and bronze at the Itapema Four Star (May 20).

Thole/Wickler are far from empty handed in finishing fourth, cashing in for a $35,000 prize. It marked the third top five effort of the season for the Germans, following bronze at the Espinho Four Star (July 8) and a fifth-place finish at the Ostrava Four Star (June 24).

The final standings and prize money from the FIVB World Tour Finals are: