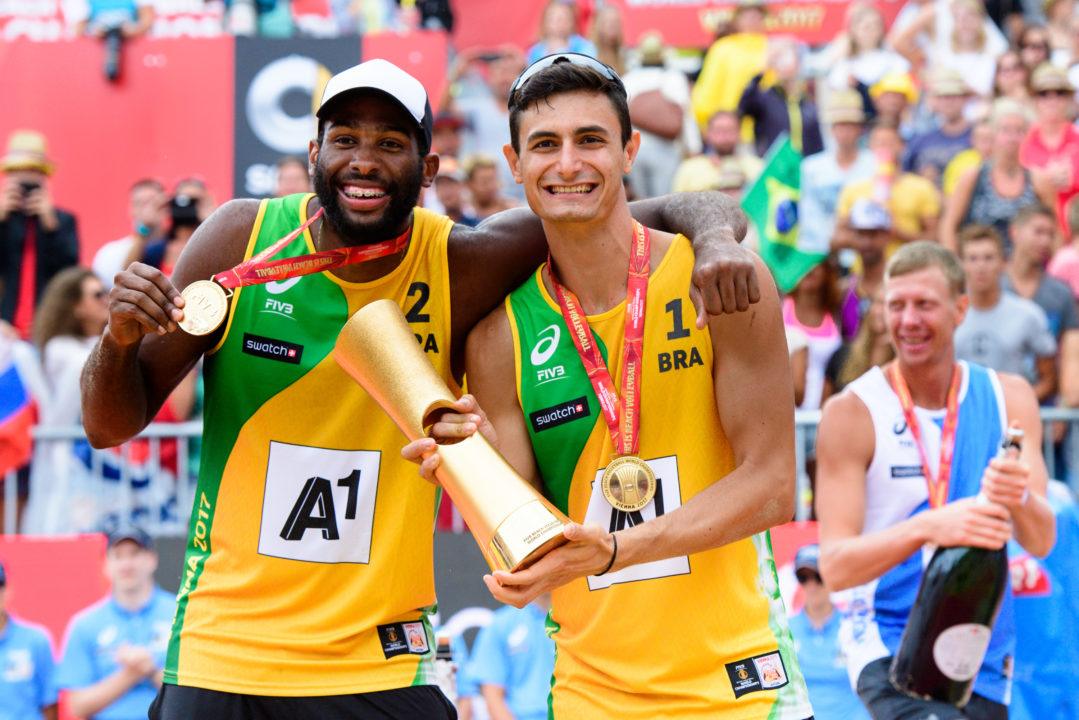 Evandro and Andre Stein, the latter the youngest Beach World Champion in history, shared $60,000 for their win on Sunday. Archive Photo via FIVB

The 2017 FIVB World Beach Volleyball Championships were an event for the ages. Crowds soared past 10,000, especially in the men’s bracket where home country’s Clemens Doppler and Alexander Horst advanced further than any Austrian team has before with an Olympic silver medal.

As for the World Championships, a total of $1 million in prize money was on the line. Teams that finished last in pool play were guaranteed a minimum of $3,400 to split, all the way up to $60,000 per-pair for winners Evandro/Andre of Brazil and Laura Ludwig/Kira Walkenhorst of Germany.

Cash earned below is per-pair. Each player individually gets credit for half of that total on their career statistics.