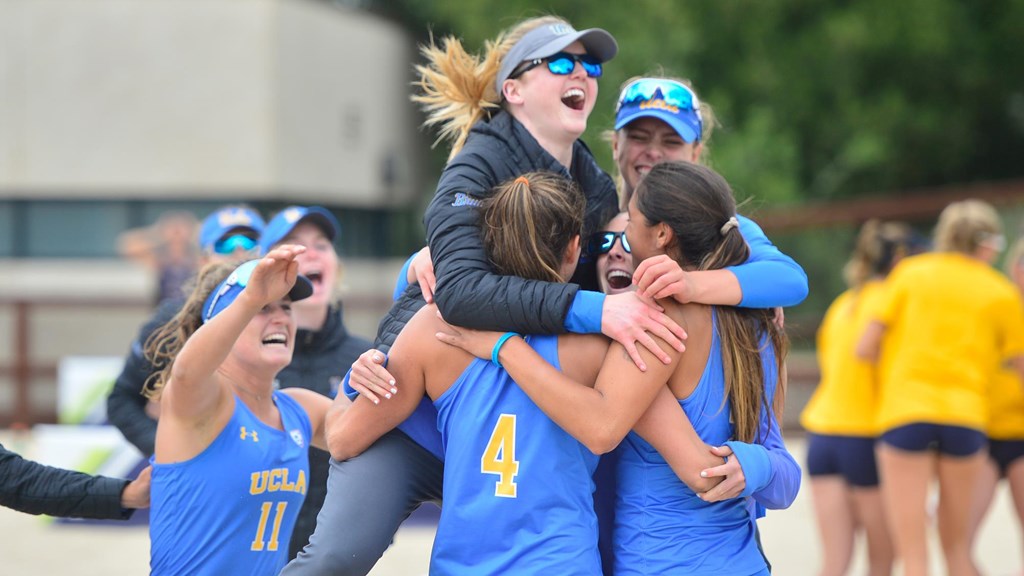 The 8 teams chosen for the 2018 NCAA Beach Volleyball Championship will be announced on Sunday at 7PM Eastern Time.... Archive Photo via Trevor Will/Pac-12

The 8 teams chosen for the 2018 NCAA Beach Volleyball Championship will be announced on Sunday at 7PM Eastern Time. This will set the stage for the 3rd-ever NCAA beach volleyball championship which takes place next weekend, May 4th-6th, in Gulf Shores, Alabama.

The 8 teams chosen will play in a double-elimination tournament, with Pac-12 Champions UCLA on a 30-match win streak and expected to be the #1 seed (ahead of rivals USC, who have won the previous two titles).

Also expected to be in the field are the West Coast Conference Champions Pepperdine, who were the last team to beat UCLA with a 4-1 victory in March.

After the top few teams, things get very interesting, with arguably the weakest East region we’ve seen in 3 years of this tournament so far. Remember that the East is guaranteed 3 spots in the tournament (full selection procedure is below), so Florida State is probably a lock, but the other 2 west bids are very much up-in-the-air. LSU lost to Florida State in the CCSA tournament final, but earlier in the week thumped South Carolina 4-1. With LSU being ranked 8th and South Carolina 9th in the last AVCA coaches’ poll before the announcement, that win should be enough for LSU to enter the tournament for the 2nd straight season.

Both at-large bids will go to the west for the 3rd-straight year, meaning that one among Cal Poly, two-time defending champions USC, and Long Beach State will probably be left home.

Championship matches will be aired on ESPN, ESPN2 and ESPNU this year, after being shown on TBS in their first two editions in 2016 and 2017.

You can never tell with the NCAA so much favoritism and politics involved in their tournament selections.