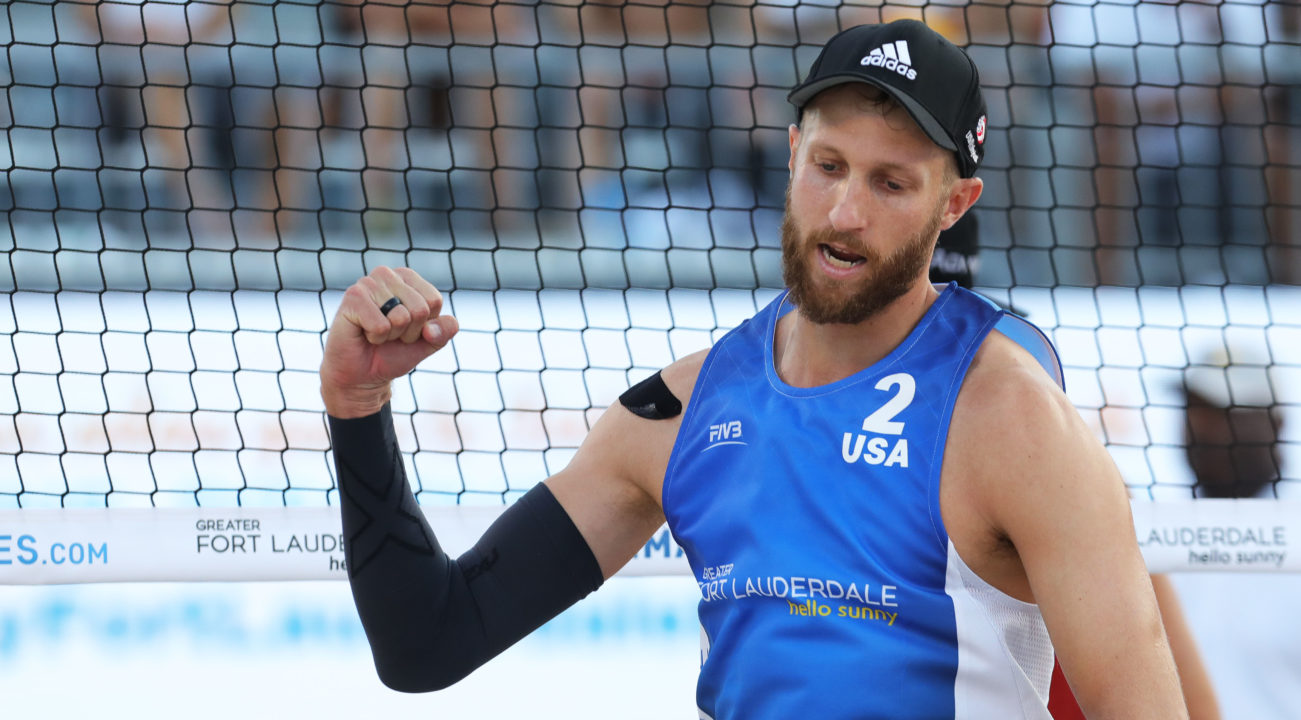 The United States are the only country with two teams remaining in the quarterfinals as No. 1 seed Phil Dalhausser/Nick Lucena and No. 20 John Hyden/Theo Brunner advanced on Friday. Current Photo via FIVB

Four of the Top 10 teams are still in play, including top seeded and defending bronze medalists Phil Dalhausser and Nick Lucena, as the men’s Fort Lauderdale Major action heads to the quarterfinal round on Saturday.

No. 3 Bartosz Losiak/Piotr Kantor (Poland), No. 5 Paolo Nicolai/Daniele Lupo, and No. 9 Pedro Solberg/George Wanderley, who began in the qualifiers, round out the group.

The United States are the only country with two teams remaining as John Hyden and Theo Brunner advanced with a come-from-behind three-set win over countrymen Taylor Crabb/Jake Gibb in the second round.

Pedro Solberg/George are the last Brazilian still alive as No. 6 Alison Cerutti/Bruno Schmidt and No. 10 Gustavo “Guto” Carvalhaes/Vitor Goncalves Felipe went down in the second round of the main draw.

Losiak/Kantor were the runner-up at the Dela Beach Open Four Star to kick off the 2018 season in January. The duo avenged their championship match loss to Latvians Martins Plavins/Edgars Tocs with a Round 2 win on Friday.