Inside The Numbers: A Look at the NCAA Men’s Week 5 Statistics 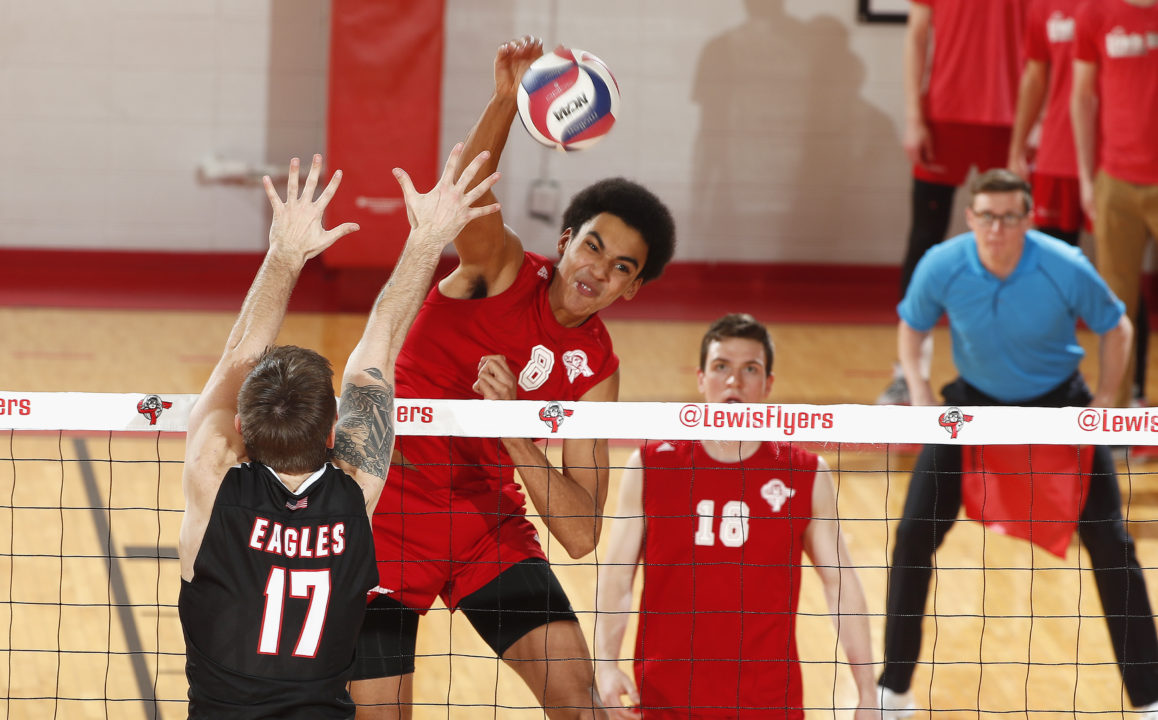 Lewis' Tyler Mitchem is now the nation's most efficient hitter with a .512 clip, taking over the top spot occupied by Loyola's Jeff Jendryk week 4. Long Beach State continues to lead the nation in the category with a .415 team effort.  Current Photo via Lewis Athletics

Long Beach State took over the top spot in assists per set to go along with their national best .415 hitting percentage.

Meanwhile, the Lindenwood Lions bumped LBSU from the national lead in opponent hitting percentage, holding foes to a .143 effort.

Lewis’ Tyler Mitchem is now the nation’s most efficient hitter with a .512 clip, taking over the top spot occupied by Loyola’s Jeff Jendryk week 4.

Pepperdine court director Robert Mullahey has dished out 10.62 assists per set, leading the nation in that category.