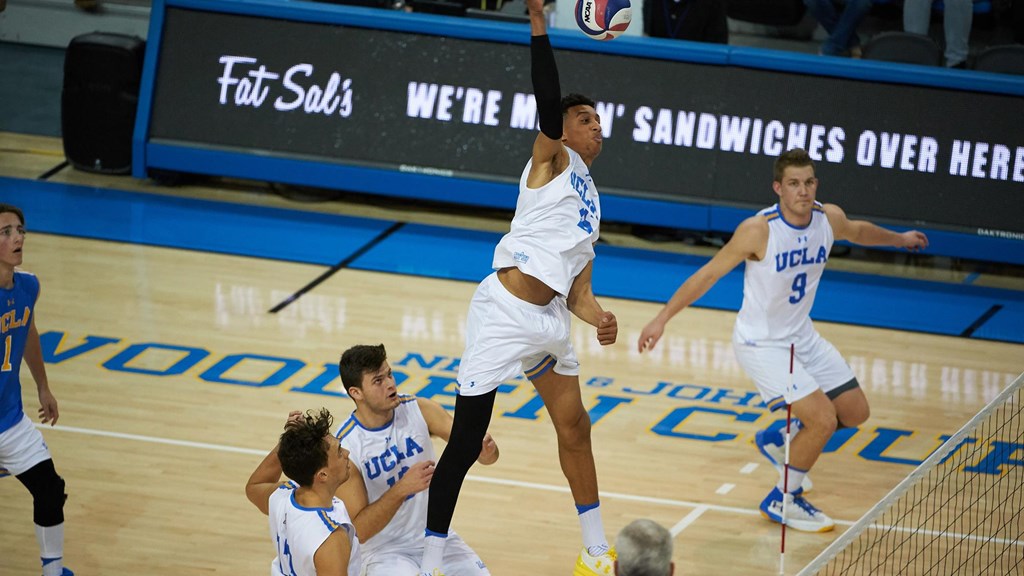 Lincoln Memorial edged past BYU for the top spot in team blocking with 2.84 stuffs per set, while King, which won the Conference Carolinas title and will be making its NCAA debut on Thursday, dropped its nation's best opponent hitting percentage mark even lower from .158 to .146. Meanwhile UCLA's Daenan Gyimah secured his hold on the title of the nation's most efficient player.  Current Photo via UCLA Athletics

Lincoln Memorial edged past BYU for the top spot in team blocking with 2.84 stuffs per set. The No. 2 ranked Cougars are not far behind, however, sitting at 2.81 blocks per stanza heading into the NCAA Tournament.

King, which won the Conference Carolinas title and will be making its NCAA debut on Thursday against Ohio State, dropped its nation’s best opponent hitting percentage mark even lower from .158 to .146, a whopping .035 points ahead of second place Long Beach State.

UCLA’s Daenan Gyimah‘s top mark in hitting percentage should be safe even with upcoming NCAA Tournament contests against the nation’s best as he boasts a .535 effort, nearly 80 points ahead of Loyola’s Jeff Jendryk (.457).

Below are the statistical leaders after the first 16 weeks of the 2018 season. Full statistical rankings can be found on the NCAA website.