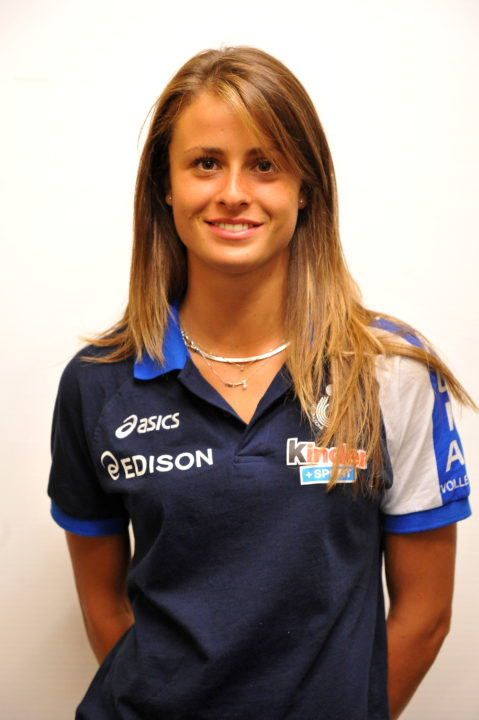 As a reflection of the recent signing of Dutch setter and international star Laura Dijkema, Il Bisonte Firenze has announced in its official website that it has parted ways with setter Marta Bechis via mutual agreement:

Il Bisonte Firenze announces that it has reached an agreement for the consensual termination of the contract with the dribbler Marta Bechis. The company wishes to thank Marta for the two years spent in Florence, and wishes her great good luck for a future full of personal and sporting satisfactions.

Bye Florence, thank you for these two wonderful years in which you showed me your best sides, making me fall in love with you and your people. Thanks to @ilbisontevolley and the Ferocious Pelicans for all the battles fought together and thanks @lupofortebraccio, for being the person you are. Now it’s time to leave for a new adventure but we’ll meet again soon because, in these hills, I feel like home.

A player with a respectable career on her own part, Bechis didn’t take long to find a new home, as immediately after her release, she was announced by Imoco Conegliano as a replacement for injured Greek setter Athina Papafotiou, according to the team’s official website. This will be the 28-year-old’s third stint with Imoco, which currently leads A1’s standings with a 15-1 record. Meanwhile, Firenze is in a fierce fight against relegation, sitting currently in 9th place with a 5-12 record.

Il Bisonte Firenze is having an unusually busy mid-season. In less than a month, it lost Team USA’s Hannah Tapp to a season ending injury, announced Giovanni Caprara as its new head coach, and added recently graduated Texas star Chiaka Ogbogu and the 2017 CEV EuroVolley’s best setter, Laura Dijkema, to its squad.