Italy Announces Roster for #VNL Week 5 With a Surprise Omission 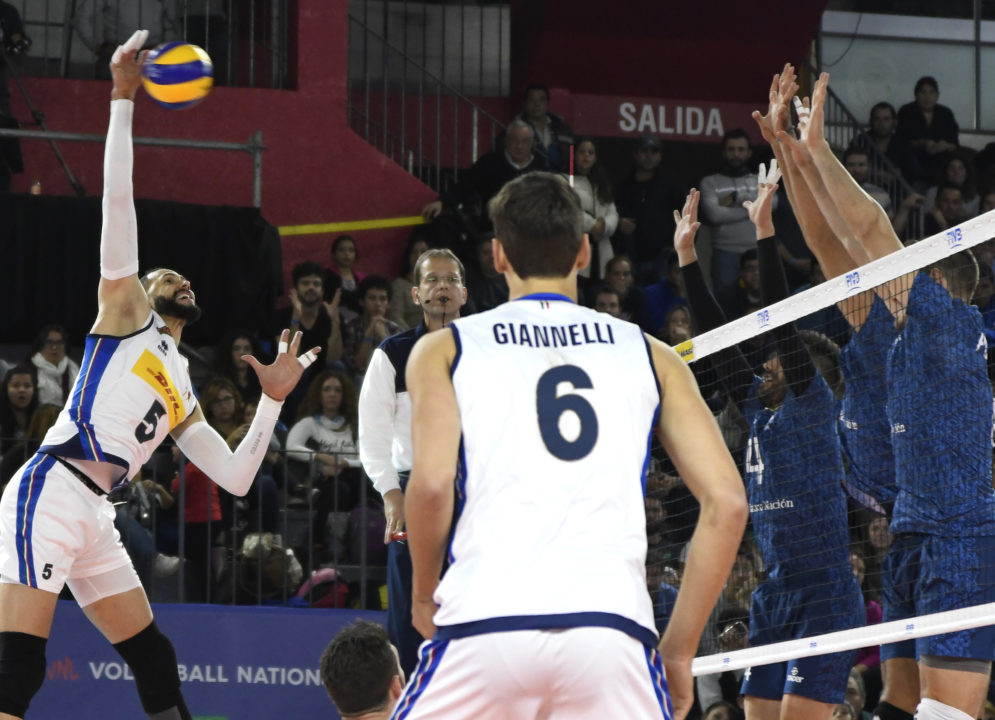 The Italian National Team has announced their roster for Week 5 of the Volleyball Nations League. How will they fare without Osmany Juantorena against the top 3 teams in the tournament? Current Photo via FIVB

Coming into the final weekend of pool play, Italy has announced their roster for when they host Pool 20 in Modena. They are bringing back starters Simone Gianelli at setter and Ivan Zaytsev at opposite. These two players will be taking the places of Luca Spirito and Giulio Sabbi. Zaytsev has been the leading scorer for Italy in the tournament with 121 points on 101 kills, 12 blocks, and 8 services aces.  His 53.44% success rate in attack is the 4th-best in the tournament entering the last weekend of the Preliminary Round. Massimo Colaci, starting libero for Italy at the 2016 Olympic Games, is the other new addition to the lineup for this weekend. He will be replacing Fabio Balaso.

These additions add experience and quality to the court, though they will not be able to field their strongest lineup. A significant omission on this week’s roster is Osmany Juantorena. Though he did not play last weekend, Juantorena has been the most productive outside hitter for the Italy in the competition. He has contributed 69 kills and has hit 49.29%.

Scenarios for Italy’s Qualification to the Final Round

Italy is in a precarious position with just one week left of the Preliminary Round of the Volleyball Nations League. They are in 7th place, just one outside of the qualification range. Italy (or the Azzurri) find themselves in Pool 20, consisting of the France (1st place), the United States (2nd place), and Russia (3rd place). While they have the ability to beat all three of those teams, especially at home, they do not control their own fate and need help from others in order to move up.

With three matches remaining, the best Italy can finish is 3rd. For that to happen Italy will have to go 3-0 this weekend, and Russia has to go 0-3. That is certainly good enough to qualify, but it is also unlikely. Brazil and Poland will have to finish 0-3 and 1-2 in their pool this weekend as well. Those two teams play each other as well as Australia and Argentina. Both of them went 0-3 last weekend, so it is possible for them to struggle. Though with so much on the line this weekend, they might be playing with a greater sense of urgency and a stronger lineup. Italy would also need Serbia to go 0-3 or 1-2 against China, Japan, and Canada.

While Italy finishing 3rd place is very much an improbable occurrence, they only need to move up one spot in the standings to book their spot in Lille, France for the Final Round. Poland, Brazil, and Serbia are all ahead of them by just a single match. If France wins two more matches than any of those teams then they will move up in the rankings. If Italy wins just one more match than any of those teams then they will be level on record and have to resort to points.  It would become important for Italy to win their matches 3-0 and 3-1.