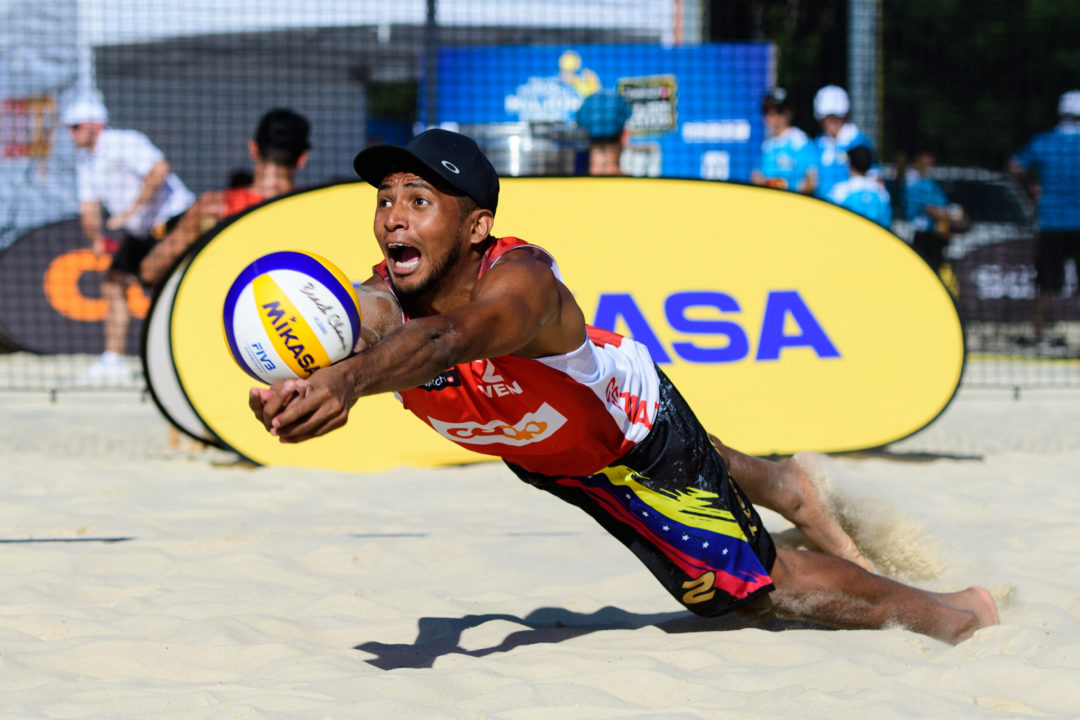 After 23 qualifying matches on Tuesday, the men's main draw field for the Gstaad Five Star is complete with eight teams from seven countries joining the field. Italy advanced two teams through the qualifiers. Current Photo via FIVB

After 23 qualifying matches on Tuesday, the men’s main draw field for the Gstaad Five Star is complete with eight teams from seven countries joining the field.

Country quota winners George Wanderley/Thiago Santos Barbosa of Brazil made good on their bid to the qualifiers, besting China’s Ha Likejiang/Wu Jiaxin i21-17, 21-16 and rallying past Austria’s Jorg Wutzl/Simon Fruhbauer 13-21, 21-18, 15-9.

The match was one of 15 tiebreak matches on the day, including seven of the eight second round affairs.

Cherif Younousse/Ahmed Tijan of Qatar were the lone team to make it through Round 2 in straight sets, pushing past Austria’s Martin Ermacora/Moritz Pristauz 21-18, 2-19. The pair did play a three-setter in Round 1, topping China’s Li Zhuoxin/Chaowei Zhou.

The eight teams who qualified for the main draw were:

Among those eliminated were Americans Bill Kolinske/Miles Evans, who fell to Ermacora/Pristauz in the opening round (21-16, 21-19). 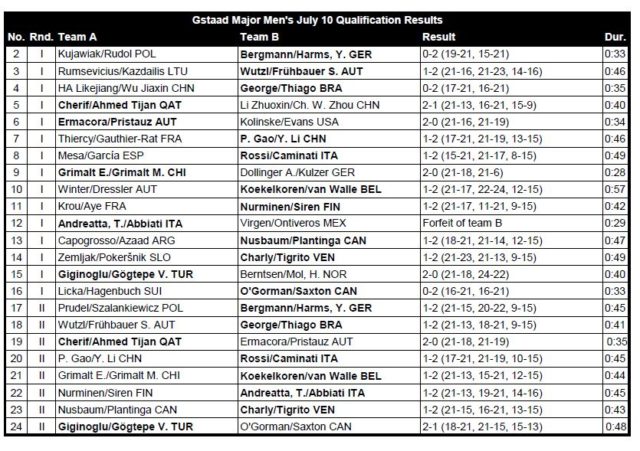