Italy Will Have 7 Olympians are 2017 European Championships 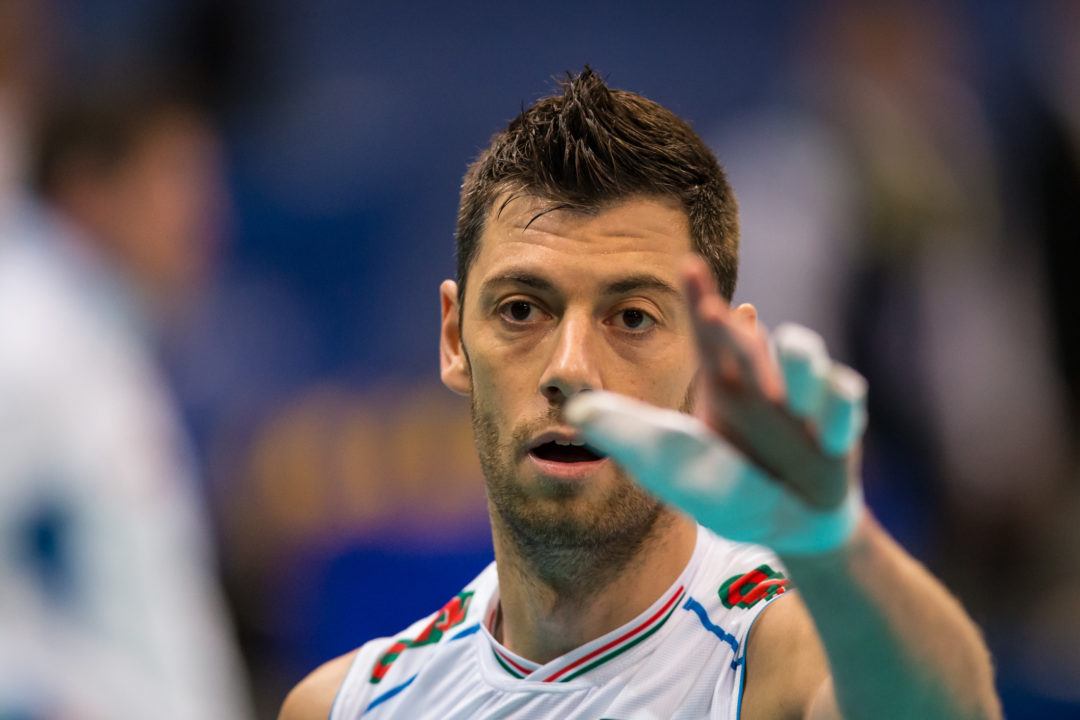 They will still, however, be without Olympic stars Ivan Zaytsev, Emanuele Biraelli, and Osmany Juantorena, but veteran Simone Buti (above) will be present to captain the team. Archive Photo via FIVB

The Italian men will depart from Fiumicino Airport in Rome on Tuesday for Berlin, where they will board a bus 2 hours across the border to their opening round site in Szczecin, Poland. There, they will begin their tournament against Germany, appropriately enough, in Pool B.

After a 2-7 performance at the World League that left Italy in last place in Group 1 (though probably out of danger for relegation due to rumored changes to the tournament’s format next year), Italy will again be without three of its stars from last year’s Olympic silver medal finish: Ivan Zaytsev, captain Emanuele Biraelli, and Osmany Juantorena.

While those free will stay absent, there were some changes from the World League squad that finished the tournament.

Reserves Davide Candellaro (37 points) and Nicola Pesaresi (no points) are out, and Filippo Lanza and Daniele Mazzone are in. Mazone didn’t play at the World League, but Lanza did, scoring 41 points at outside hitter for the Italians (36 of which came on kills from just 70 swings).

Giannelli, Antonov, Lanza, Vettori, Buti, Piano, and Colaci were all members of last year’s Olympic Team, while Mazzone and Sabbi played on the 2015 European Championships squad.

“The choices made are the result of the mix between the four friendly matches against Slovenia and Holland and the long work done at Cavalese during the summer,” head coach Gianlorenzo Blengini said. “I have analyzed the feedback I received from every single athlete, so we had time to make assessments that included all aspects, including engagement and availability that, to tell the truth, were the highest on each of them. There were different options but in the end I decided to bring four centers also given the experience of the Olympic Games during which at some point we risked something because of the lack of men in the block; As well as I preferred to have more options with the four outside hitters.”

Italy placed 3rd at the 2015 European Championships which they co-hosted with Bulgaria.