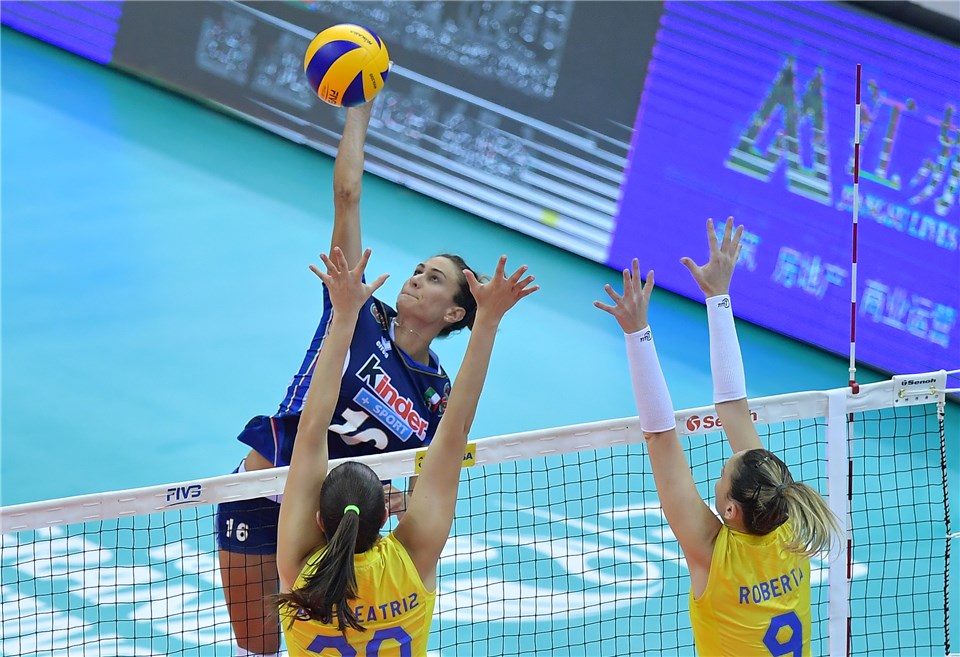 In the first week of the 2018 FIVB Women’s Volleyball Nations League, the women of Italy finished 0-3 and sit... Archive Photo via FIVB

In the first week of the 2018 FIVB Women’s Volleyball Nations League, the women of Italy finished 0-3 and sit in 15th place out of 16 teams. That’s a stark fall for a team that finished 2nd in last year’s World Grand Prix, the predecessor tournament to the new Nations League event that began last week.

As the team heads to Suwon, South Korea for week 2 against Russia, Germany, and South Korea, they’ve brought 1 star back into the National Team fold: outside hitter Lucia Bosetti. The 28-year old outside hitter replaces Alice Degradi, who was on the week 1 roster, but didn’t see any court time (middle blocker Beatrice Berti was the only other Italian who didn’t play in week 1).

This brings the team up to 4 players out of its 14-player roster who were on the roster for last year’s Final 6 silver medal at the Grand Prix, along with setter and captain Ofelia Malinov, outside hitter Myriam Sylla, and starting libero Beatrice Parrochiale.

In last year’s Grand Prix, Bosetti scored 47 points for Italy, hitting 29.7% with a .110 hitting efficiency. The team’s top scorer, and the tournament’s most efficient hitter, Paola Egonu, is still absent from the roster, as is Lucia Boselli’s sister Caterina Boselli