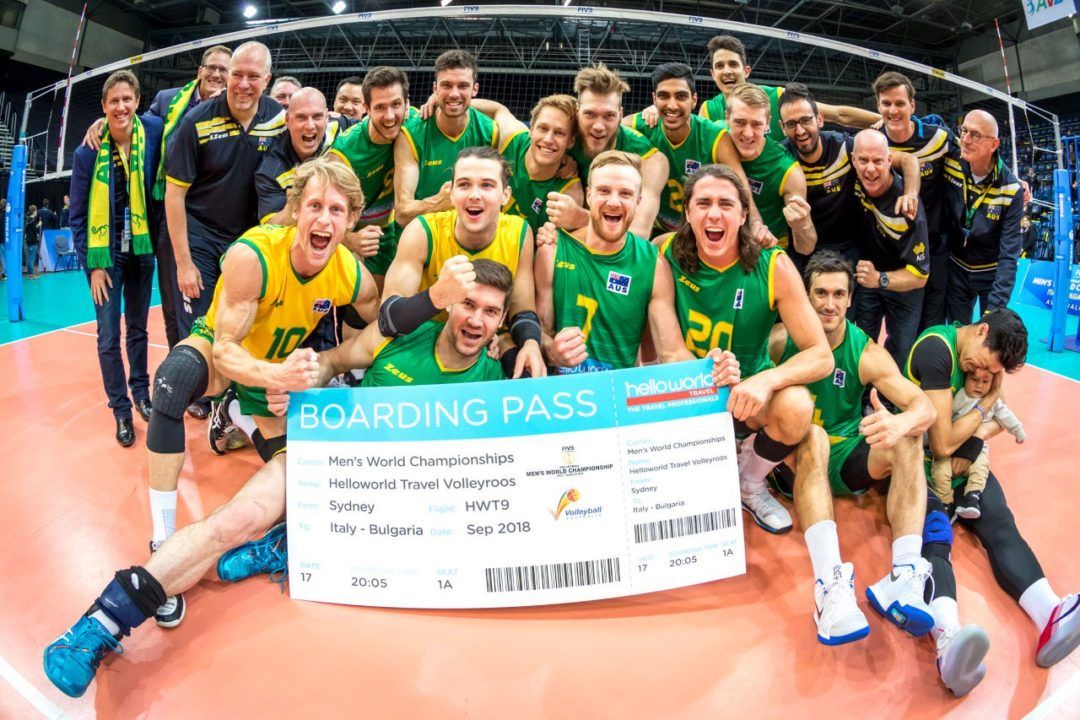 Japan and Australia are going to be two of the four teams representing Asian at the 2018 FIVB Men’s World... Current

Japan and Australia are going to be two of the four teams representing Asian at the 2018 FIVB Men’s World Championships after this past weekend.

Canberra, Australia hosted Final Round Pool B qualifying, which also included Chinese Taipei, Thailand and New Zealand. Through the first seven matches of the Pool, all matches had finished 3-0.

Saturday night’s match between Japan (3-0 with 9 points) and Australia (2-0 with 6 points), would determine which team would either win the group (Japan) or head the group going into the final day (Australia). In the World League this year, Japan and Australia had played 3 times, with Japan winning all 3 times. However, the last two matches went 5 sets, so the two teams knew that the margin for error was small.

Japan took the first set 25-22, and with the win clinched their berth by guaranteeing a better sets ratio than Chinese Taipei if Australia lost twice. Australia fought back in the second set to win 25-23. Japan dominated the third 25-14 and Australia came back 25-22, to send the match to a deciding 5th set. If Australia won the 5th set, they would be at 3-0 with 8 points, and only needing to win two sets on Sunday. A 5th set loss though, would force the Australians to win on Sunday against Chinese Taipei.

In a very close 5th set, Japan took a late lead, and the Australians had a chance to tie at 13-14, but Japan killed the ball to end the match 15-13 and Australia would have to win on Sunday.

In a tight match, probably too tight for the Australians, they 25-23, 25-23, 25-23 and booked their ticket to the World Championships next year in Bulgaria and Italy.

Final Results of Final Round Pool B, Asian Qualifying