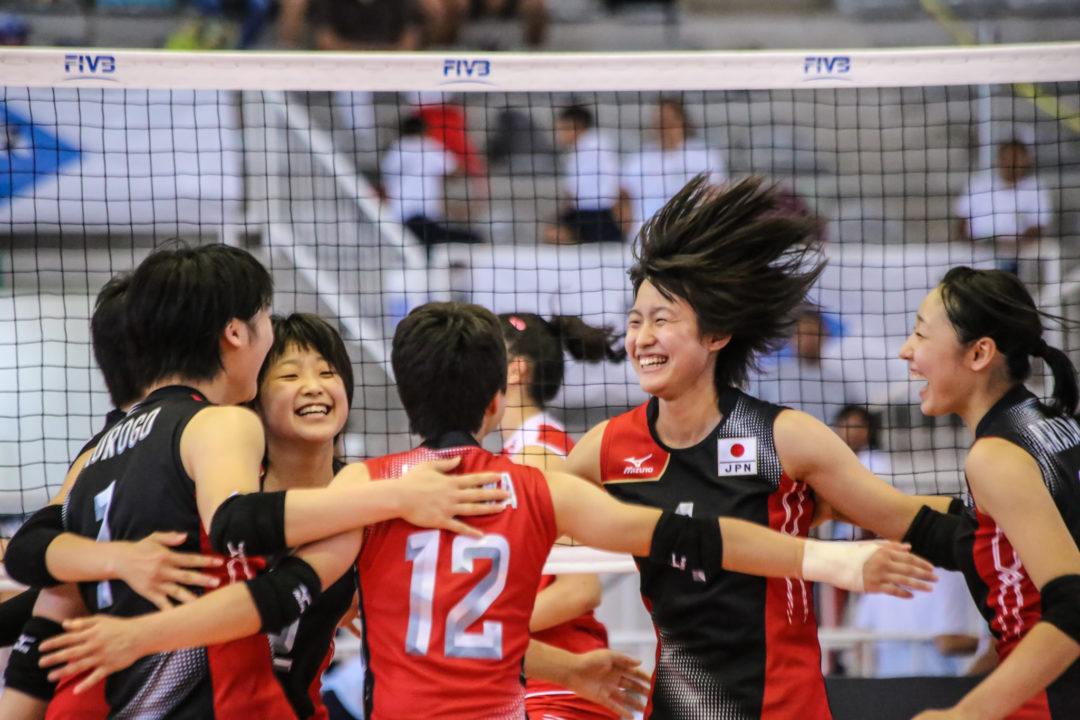 Group 1 has concluded their week one play, with Serbia and the Netherlands coming in at #1 and #2, respectively. Current Photo via FIVB

Group 1 has concluded their week one play, with Serbia and the Netherlands coming in at #1 and #2, respectively. Both teams have a 5-1 record after week one, but Serbia tops the board with a higher point ratio of 3.750 to the Netherlands 3.400.

Pool D1 started day six of play with Japan making a five-set comeback over Brazil. The Japanese squad went up 2-0 early but faltered in the next two sets, with the Brazilians forcing a fifth and deciding set in which Japan took 17-15 to win the match. Risa Shinnabe and Sarina Koga led the Japanese team to victory with 22 and 21 points, respectively. Serbia thrashed Thailand in four sets to take the lead in Group 1, led by Brankica Mihajlovic’s 20 points.

In Pool E1, Italy turned around their week on performance to lead the pack with an undefeated weekend. On day six, the Italians faced Turkey, sweeping them with ease behind a slew of players producing consistent numbers – Christina Chirichella (14), Miryam Fatime Sylla (13) and Paola Ogechi Egonu (12). The United States was not able to handle China in their rematch of week one, losing in five. China was in full-forces for the match, with Zhu Ting starting from beginning to end, producing 19 points. Yuan Xinyue and Gong Xiangyu also added 21 and 19 points, respectively in the win.

The Netherlands rounded out Pool F1 with an undefeated weekend, taking down Russia in straight sets to end the week. The Dutch were led by Celeste Plak who put down 16 points. The Dominican Republic fought to take down the Belgium crew in five sets, led by Bethania De La Cruz De Pena and Brayelin Elizabeth Martinez who each put down 22 points.