Jaqueline’s Libero Adventure Over, Back To OH For Now 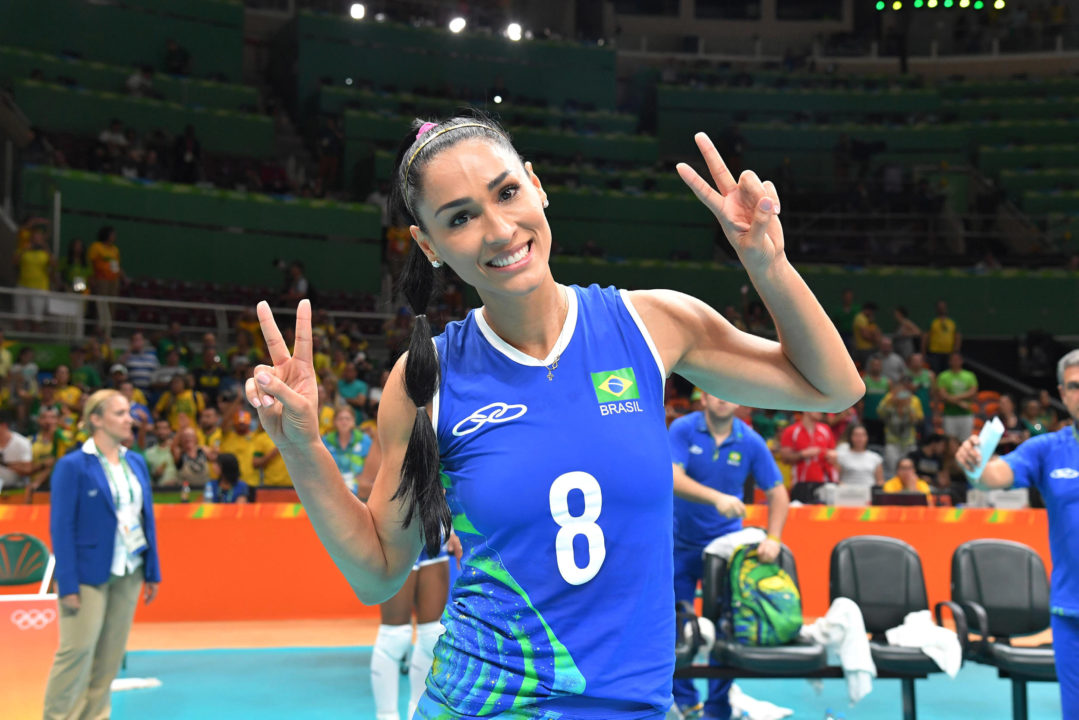 Jaqueline Endres’ libero adventure didn’t last more than a couple of games for Brazil’s NT. At least for now. The two-time Olympic gold medalist, who just recently made the move to the position, was called back to her old functions on her return to the team after outside hitter Drussyla Costa was ruled out of the NVL with a hand fracture. She will now join Brazil for the competition’s final phase in Nanjing China.

“Jaqueline participated as a libero during VNL’s Week 1 games. She then stayed in Brazil practicing with our reserve squad, both as a libero and as an outside hitter, in case of any emergencies. Now, she was called on to help us in this final phase. As she had been practicing in both positions, and is playing shape, she’ll be able to assist us when it matters most.”

Jaqueline herself talked about her return to the team:

“I am joining the team with intent to help. I was very sad with Drussyla’s injury, she was having a great tournament. Brazil did well in the preliminary phase, and the team is very focused. I am here to help in the best way possible. This is one more challenge in my career.”

Brazil qualified for VNL’s Final 6 in third place with a 12-3 record, behind only Serbia and The USA.