Brazil’s Drussyla Suffers Hand Fracture, Ruled Out For The Rest Of VNL 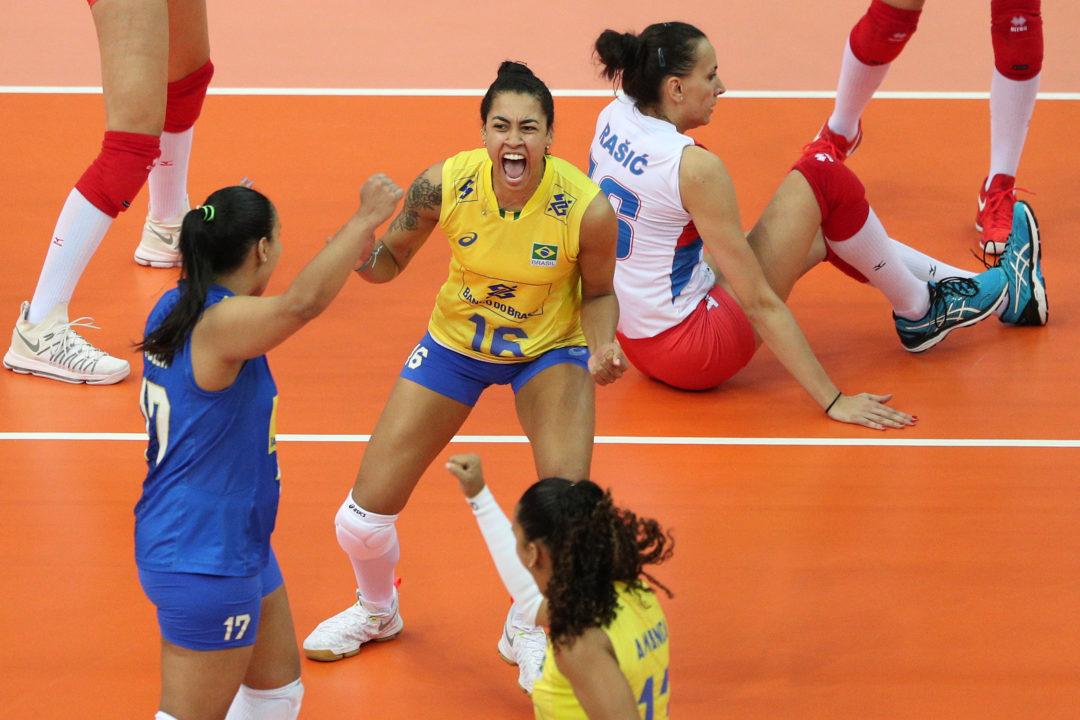 Brazil has suffered a hefty blow to its VNL aspirations after its outside hitter Drussyla Costa was ruled out of the competition with a broken hand. The injury occurred at the end Brazil’s match against Russia last Thursday. According to the Brazilian Volleyball Federation Drussyla returned to Brazil this Saturday to immediately start her recovery. She is expected to miss at least four weeks of court time.

“She suffered a right hand trauma in our game against Russia. We did an x-ray on her and found she fractured her fifth metacarpal bone. This injury is usually not that serious. She will only have to go through physiotherapy treatment, no surgeries. We opted for her return to Brazil, this way she won’t have to undergo long travels and will have a faster recovery. We expect her to be back in four weeks.”

Drussyla was one of the team’s top 5 scorers in the tournament so far, while hitting 44% from the field. She was leading the team in passing rating as well. It’s safe to say she’ll leave a hole in the roster, although Brazil’s coaching staff right now is probably more worried about getting her back into shape in time for the FIVB World Championship.