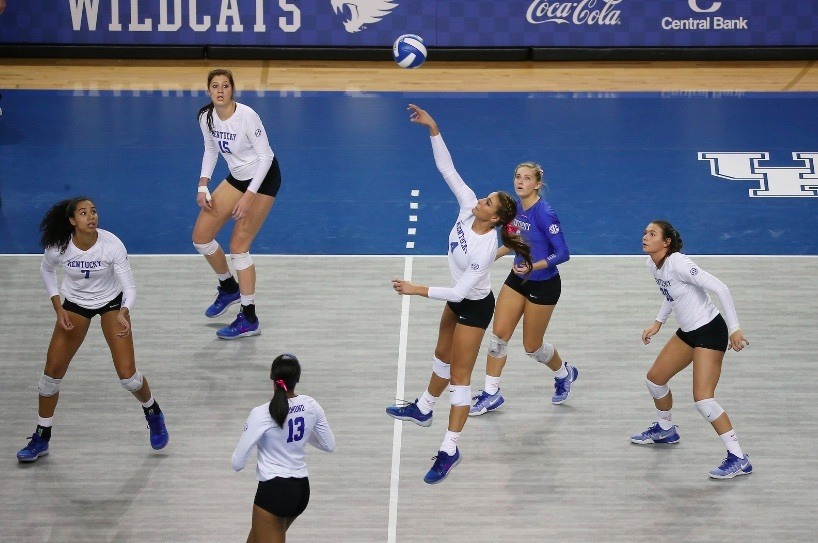 Former Morehead State University outside hitter Merideth Jewell has transferred to Kentucky this year for both 2017 spring and fall seasons. Jewell competed two years at Morehead State and will two have two more seasons to compete at Kentucky. Jewell also joins of the most anticipated recruiting classes in UK program history as newcomers in 2017.

During the spring season, UK competed against Purdue and Tennessee and also hosted a Blue-White scrimmage. Head Coach Craig Skinner was pleased with his teams performance during the spring, “This was the best spring we’ve ever had here at Kentucky. The critical part is using it as a springboard to have a great summer…we can’t wait to get back in the gym in August to start training.”

In her career at Morehead State, Jewell received multiple Ohio Valley Conference honors. During her freshman season, Jewell was named OVC Freshman of the Year, she received OVC Newcomer of the Week five times, and she also earned all OVC team honors. Jewell led the team with double-digit kills in 26 of 31 matches and also led with 290 digs.

During her sophomore season Jewell was named Preseason All-OVC, OVC First Team All-OVC, and was named OVC Defensive Player of the Week in October following three OVC games in a row where she registered double-digit digs in each. She finished second on the team with 394 digs and she tied her career-high with 22 digs against Southern Illinois University Edwardsville.

Head Coach Craig Skinner looks forward to the contribution that Jewell will make to the team, “Merideth is an accomplished player and a great competitor. Her mentality and love for the game will make an immediate impact on our program.”

Kentucky finished the 2016 season 22-7 with a 15-3 conference record, tying them for third in the SEC. Kentucky advanced to the second round of the NCAA tournament before ultimately falling to Washington.