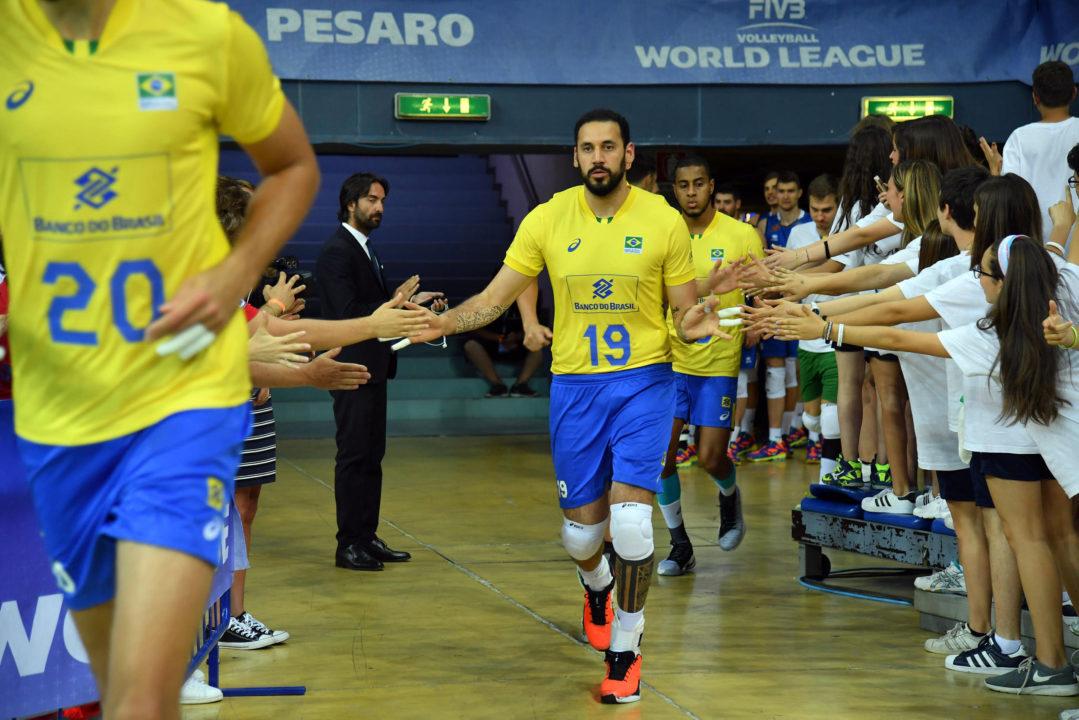 In spite of rocky starts for both teams, Brazil and Italy still carries the weight of an Olympic rematch. Current Photo via FIVB

The rosters aren’t identical, and one of the two head coaches (Brazil’s Renan Dal Zotto) are new, but the prestige is still present for Sunday morning’s rematch of the 2016 Olympic gold medal final.

There is more pressure on the Italians than the Brazilians in the match. Both teams have lost a match early in this year’s World League (in both cases, it’s been to Poland), but Brazil has an automatic pass to the Final 6 tournament because they’re hosting the last round of the tournament.

Italy, meanwhile, is trying to find offensive power to step up in the absence of some of their best offensive weapons from a year ago: Ivan Zaytsev, Osmany Juantorena, and Emanuele Birarelli. Brazil’s roster returns more in-tact, but Dal Zotto is still trying to feel through the youth in his roster, taking advantage of the free-pass in the opening round to feel out some of the team’s younger players.

Both teams have buttoned-up their rosters for Sunday’s match, showing that all long-term objectives aside, there is emotion tied to Sunday’s showdown in Pesaro.