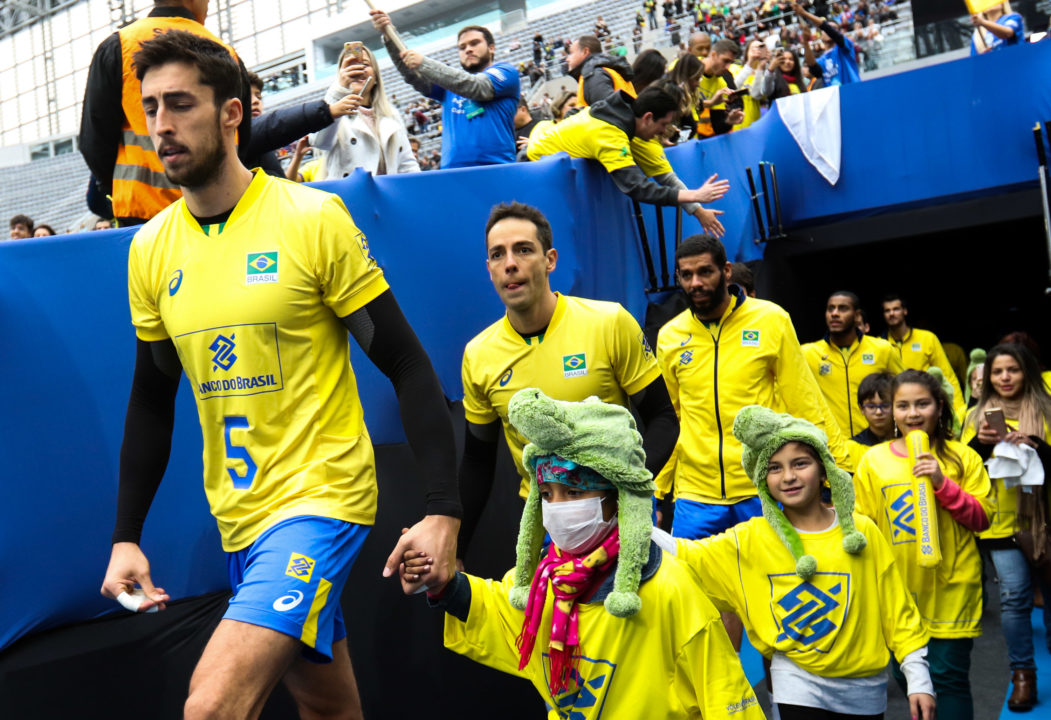 Brazil’s Men’s VNL campaign came to a screeching halt in week 4 after the team lost all of its three pool matches. To make things worse, after losing Mauricio Souza to injury recently, another one of the team’s leaders has also been added to the disabled list, Luiz Fonteles. One of the oldest players in the roster, Luiz has suffered an elbow injury and is expected to miss the rest of the tournament. His replacement will be Lucas Loh, who has been training in Brazil as part of the team’s extended roster. Here is how Lucas reacted to the news (Globo.com):

“The team’s technical staff kept a group training in Brazil during the VNL for situations like this one. Due to this kind of planning, I am ready to play right now. Sadly, athletes go through injury. I am sad for Felipe, who is fundamental to our team. To wear my national team’s jersey is the pinnacle of my happiness as an athlete. To measure my motivation for this would be impossible, and I hope I can help the team.”

While Felipe is a 34 year old veteran who started in Brazil’s 2016 Olympic gold medal campaign, Lucas is a bit less experienced at 27 and few call ups for the national team. He should benefit from some court time in important games now that he a chance to show his skills.