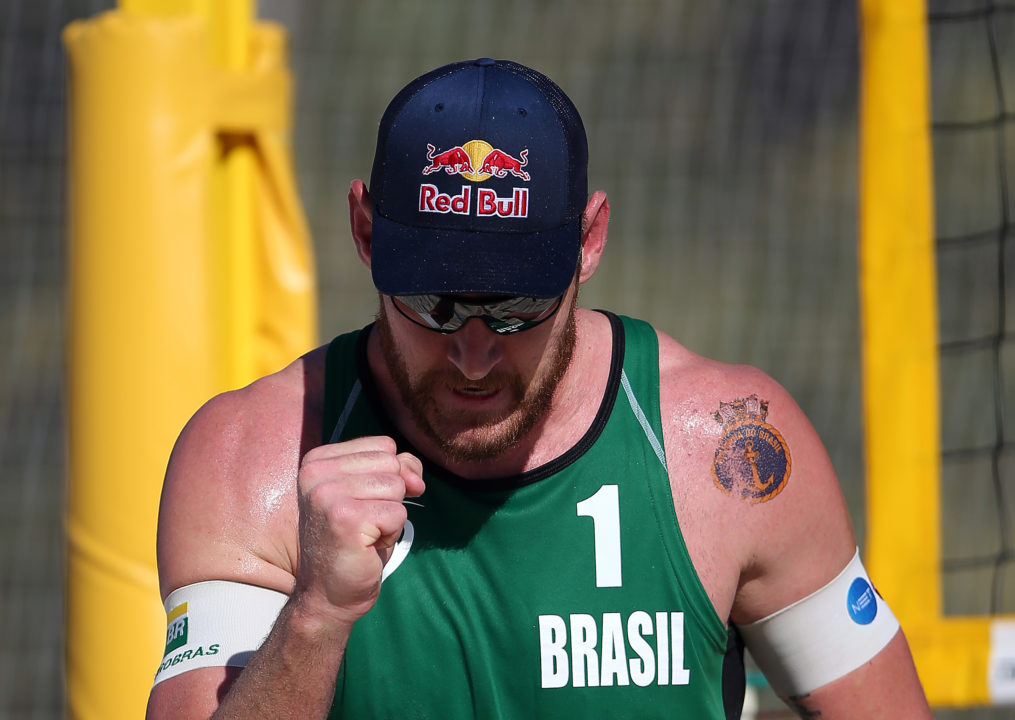 Six of the seven teams that moved on to the quarterfinals on Friday won their respective pools. The lone exceptions so far are Brazilians Alison/Andre, who ousted third seeded Brouwer/Meeuwsen.  Current Photo via FIVB

After the final eight teams won their way into the first knockout round, the fields was cut 24 to 10.

The 16 teams who battled in the first knockout round placed second and third in their respective pools.

The winners from those matchups were:

In the second knockout round, all but one of the eight matches were played, with the final slated for 2 a.m. ET Saturday between Brazil’s No. 5 and Russia’s Krasilnikov/Liamin.

Of the seven matches that were completed, two went the distance. Alison/Andre continued their run with a 17-21, 21-18, 15-10 win over Dutch duo Alexander Brouwer/Robert Meeuwsen. Qatar’s No. 9 Cherif Younousse/Ahmed Tijan ousted homestanding Semenov/Leshukov 21-18, 17-21, 19-17.

“It was a very tough game, in their home town and they had a full support and they took a lot of energy from the crowd,” Ahmed said. “But we fought and really fought for it and at the end we made it through. They had a lot of motivation to win and it was a big match and like a final. It was like playing against the crowd as well, and we wanted to quiet the crowd down.”

Six of the seven teams that moved on to the quarterfinals won their respective pools. The lone exception so far is Alison/Andre, who ousted third seeded Brouwer/Meeuwsen.