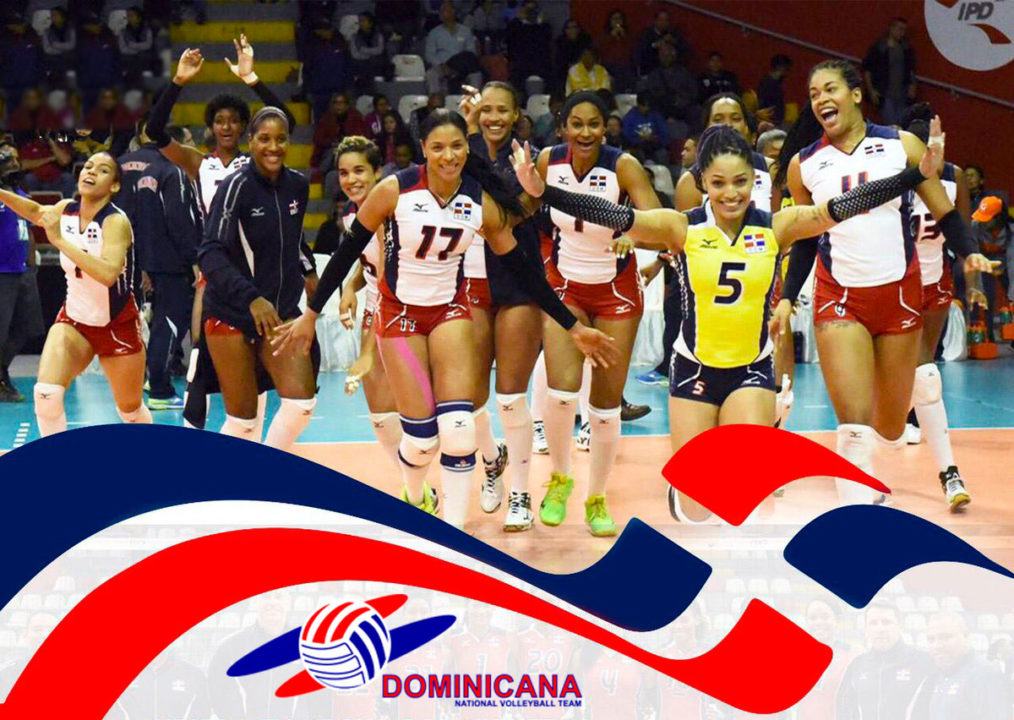 The Dominican Republic is back in the top division of the FIVB World Grand Prix after defeating Poland in the Group 2 finale last year.  Current Photo via NORCECA

The Dominican Republic is back in the top division of the FIVB World Grand Prix after defeating Poland in the Group 2 finale last year. The squad will be looking to improve on its best ever finish, eighth place which came in 2006 and 2010.

Included on the 21-woman Grand Prix roster are all 14 players from the team’s 2017 Pan America Cup runner up squad. Outside hitters Bethania De La Cruz de Pena and Brayelin Elizabeth Martinez led the way for the team at that event. De La Cruz was named as one of the top outside hitters at the Pan Am Cup, while libero Brenda Castillo was dubbed Best Digger.

The DR, which is under the leadership of 10th-year head coach Marcos Kwiek, begins play at the World Grand Prix on Friday against the Netherlands in Pool C1 in Apeldoorn, Netherlands.