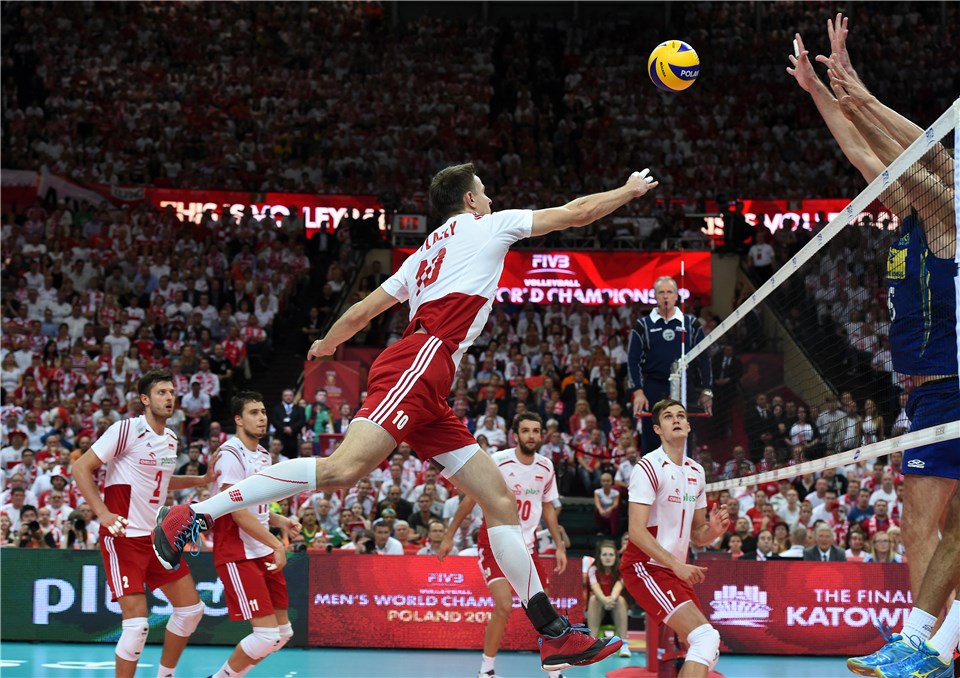 Will the Polish hero be left out of the FIVB Club World Championship and CEV Champions League? Current Photo via FIVB

An injury suffered by Mariusz Wlazly during a fall on PGE Skra Bełchatów’s game against Aluron Warta Zawiercie has left Polish volleyball fans apprehensive. The injury was first described by the media as a rib fracture that would warrant 6 weeks rest. But now reports say that Mariusz’s injury was not that serious, and that he was prescribed “a short rest”, hopefully being able to join Skra the team by next week. He has already been absent from two PlusLiga games (all wins).

If the initial diagnosis is confirmed, Mariusz will not be able to participate in the FIVB Club World Championships, to start on 12/12, and first games of the CEV Champions League, to start on 12/5. If this is indeed true, fans are right to be worried, as without Mariusz, the squad really loses on firepower and leadership. Fans are restless to find out what’s the case, as information on the PlusLiga’s website is contradictory on the matter.

Mariusz Wlazly suffered a broken rib and will probably be out 4 weeks ? Keep your fingers crossed for a quick recovery ✊? You are strong, you will surely recover quickly and we will be able to watch you at the Club World Cup!

Mariusz is a member of the Polish national team, with which he won the 2014 FIVB World Championship at home. He is also an eight time Polish Champion. Such an expressive career has launched him to hero status in Poland, a fact that is not to be ignored, as this is a country that once put 66,000 spectators in a volleyball match.