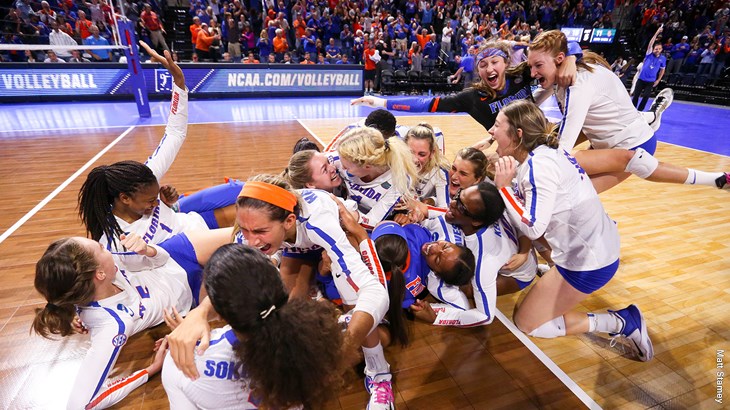 Check out our set-by-set match notebook from Nebraska's win over Penn State in the National Semifinals. Archive Photo via Florida Athletics

The Florida Gators are moving on to the National Championship match on Saturday night, but how exactly did they take out defending National Champion Stanford? Let’s do a set-by-set breakdown with a notebook from the match:

Behind improved serve receive and a defense that held Stanford almost seven percentage points below their normal hitting percentage, the Gators survived the late Cardinal onslaught for the five set victory. They’ll look for one more victory in the National Championship on Saturday at 9 p.m. ET in the Sprint Center in what will be similar to a road environment against Nebraska. They won the previous meeting with the Huskers in five sets, but Nebraska was without their star starter. If you can’t catch the match live or on TV, you’ll be able to follow along with in-match analysis and thoughts from others in the volleyball world on our VolleyMob National Championship Live Blog.