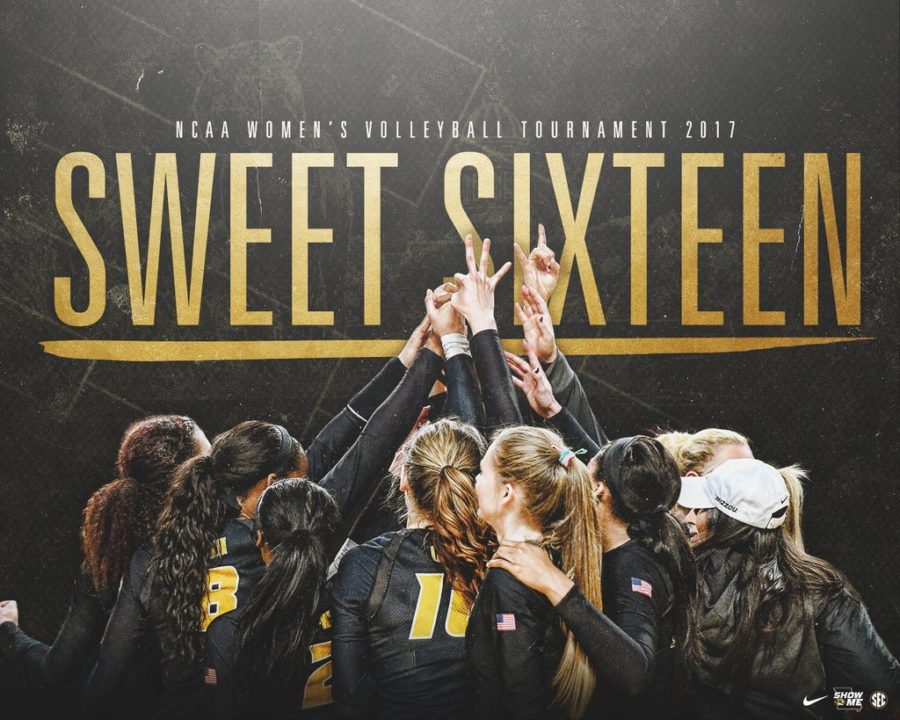 Missouri earned its second upset in as many days as they took down #16 Wichita State to reach their second straight Sweet 16. Archive Photo via Missouri Athletics/Volleyball

Wichita State took care of business with Radford 3-0 in front of a packed home crowd with Missouri upended Kansas in five sets for the Border War. You can get caught up with anything that you missed with VolleyMob’s first round recap of the pod.

In a second round with plenty of upsets and seeded teams going down, it was the Missouri Tigers adding to the pile with a four-set win at #16 Wichita State. The win pushes Missouri to the Sweet 16 for the second consecutive season.

Missouri out-hit Wichita State .246 to .215 for the match and had more digs (70-64) and aces (3-1) while the Shockers had more blocks (13.5 to 8) and less serve errors (4-11). Those serve numbers may have indicated one of the biggest pieces of the match, as Missouri did have some troubles in a tough road environment staying accurate, but much of it came from being aggressive as well, which at times put Wichita State out of system.

Both teams were searching for footing early, as neither could establish much of a big lead. After inching further ahead, Missouri finally grabbed that strong footing at 19-14 after a Dariana Hollingsworth (14 kills, .225, eight digs) kill. However, back came Wichita State as an 8-2 run gave them the 22-21 edge. Kills by Kira Larson (13 kills, 13 digs, two aces) and Sydney Deeken (15 kills, .237, 16 digs, four blocks) flipped things back to Missouri before they eventually nabbed the set 25-23.

The second was similar to the first, as Missouri pulled through for a 14-9 edge before the Shockers stormed back to tie at 20 on a Emily Hiebert (39 assists, nine digs, three blocks) and Abbie Lehman (13 kills, five blocks) block. Missouri again responded to the challenge and netted five of the final seven in the set that was started and ended by Alyssa Munlyn (10 kills, .250, four blocks) kills.

Following 17 ties and nine lead changes through the first two sets, the third was more bland with just two ties and one lead change. That went to Wichita State’s liking though, as they finally were able to take a set with the strong play of Alex Koon (15 kills, .500, five blocks).

That was what they needed to get the crowd back involved – which was once again both large and loud. With the fans backing, Wichita State jumped in front 8-3 in the fourth. Missouri re-collected though and slowly gained traction. Eventually they gained the lead at 18-17 but it was short-lived as the Shockers tied at 20 and used back-to-back blocks to go up 22-20. The serve once again played in though, as a Wichita State serve error followed by a Larson ace tied at 22. It stayed that way to 24-24 when Deeken came up with her biggest swings of the match, both in making it 25-24 and in winning the set 26-24.

Beyond the aforementioned names, Courtney Eckenrode (53 assists, 12 digs) for Missouri also posted highlight numbers in the match. Eckenrode and her teammates will now look to move further than a season ago when they also made the Sweet 16, as the Tigers will take on #1 Penn State on the road.