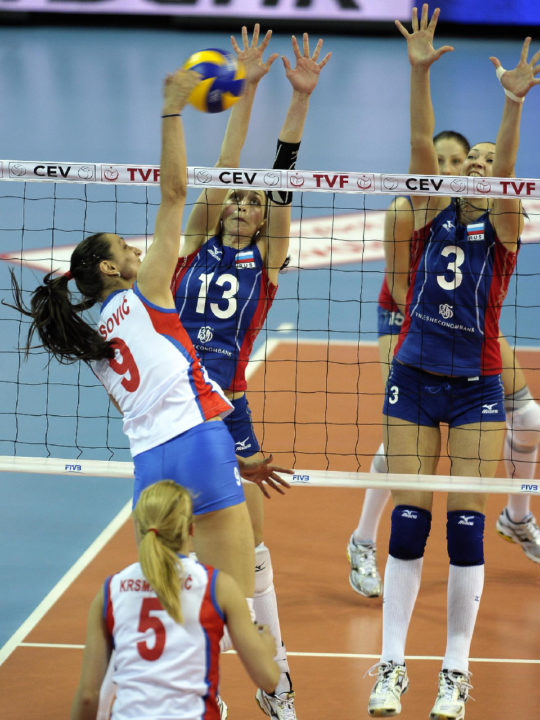 After signing with American Symone Abbott and releasing Mina Tomic to sign with Peruggia, Modena has once again shaken up the transfer market by parting ways with experienced Serbian national teamer Jovana Vesovic, according to the team’s official website.

The very experienced 30-year-old Vesovic, a two time Olympian with Serbia in 2008 and 2012, was not seeing much court time in Modena, and with Abbott’s arrival, things were bound to become much worse in the future, which must have played a part in what the team called to be a mutual decision:

“Modena has reached a consensual agreement for the termination of Serbian Jovana Vesovic’s contract, who will therefore no longer wear the Bianconeri shirt this season. We thank Jovana for the work done in recent months and the professionalism shown in training and on the field. In addition, we wish her good luck for the continuation of her sports career.”

A true volleyball nomad, having enjoyed stints in Switzerland, Romania, Russia, Turkey, Greece, and Azerbaijan, Vesovic should have no trouble finding a new home for her talents and skills.

Modena is currently having a struggling A1 season. It sits in 7th place on league standings with a 9-7 record, which is dangerously close to the no-playoffs zone.