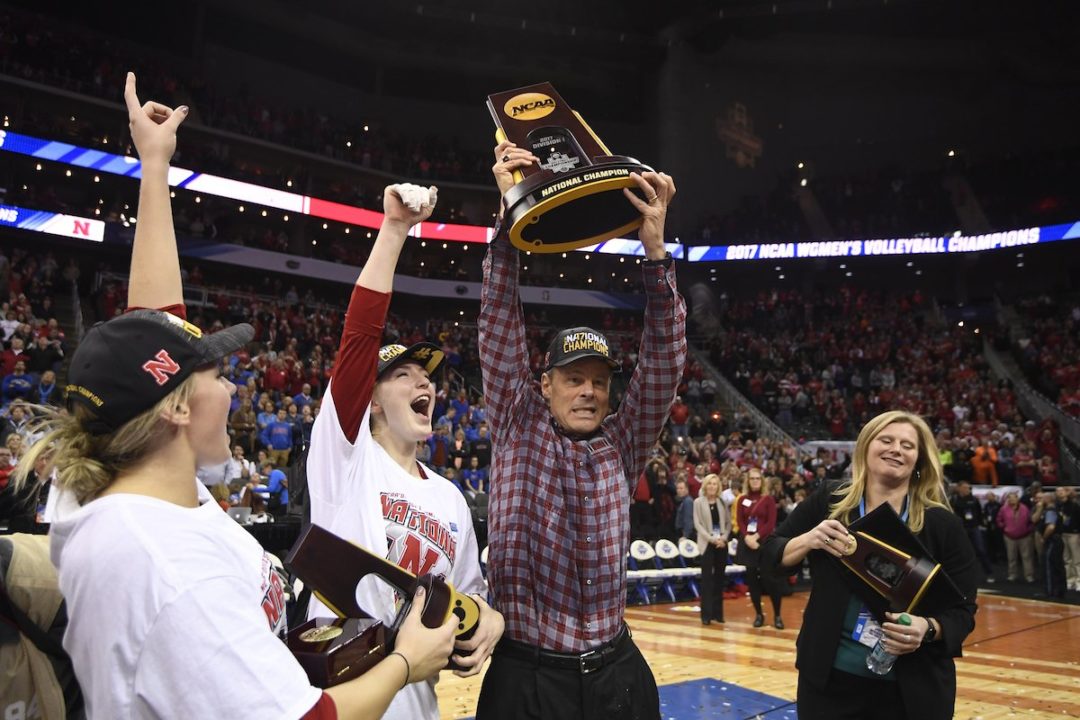 The Nebraska state legislature adopted a resolution to honor the accomplishments of the Nebraska women's volleyball team as national champions. Current Photo via NCAA Volleyball

On Jan. 3, Senator Jim Scheer introduced a resolution to the Nebraska legislature to honor the accomplishments of the Nebraska women’s volleyball team as national champions. On Jan. 16, the resolution was adopted and signed by Speaker Scheer.

A copy of the resolution congratulating the Huskers was ordered to be sent to Coach John Cook and the team upon adoption.

The Huskers went 32-4 en route to the title. Senior setter Kelly Hunter quarterbacked No. 5 seed Nebraska to its fifth national title and second in three years, besting No. 2 seed Florida in four sets. Hunter and junior outside Mikaela Foecke were named Co-MVPs of the NCAA Tournament.

Foecke led the Huskers with 20 kills along with 14 digs four a double-double, while redshirt freshman middle blocker Lauren Stivrins added another nine. Hunter ran the court with 37 assists, eight digs and six kills on a .600 hitting clip. In the backcourt, junior libero Kenzie Maloney picked up 15 digs, while senior Sydney Townsend and senior outside Annika Albrecht added another 11. Maloney also was named to the NCAA All-Tournament team.

Also honored via legislative resolutions were: