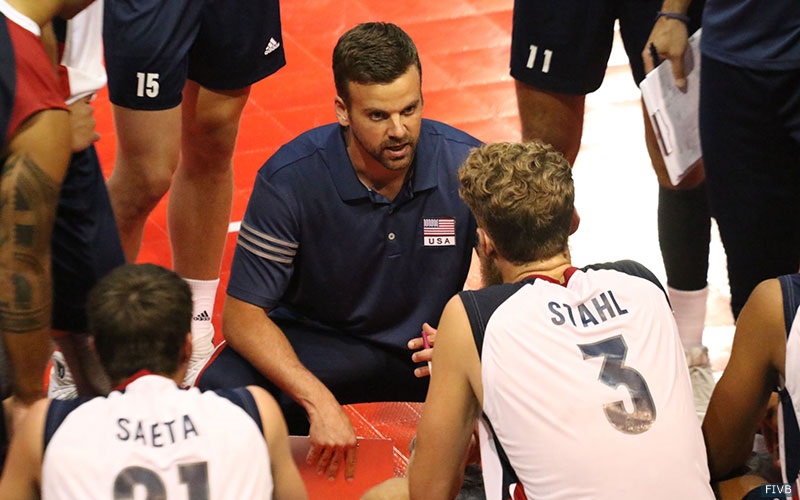 Rob Neilson, who joined the U.S. Men's National Team staff as a seasonal assistant in early summer, has been promoted to first assistant coach.  Archive Photo via FIVB

Rob Neilson, who joined the U.S. Men’s National Team staff as a seasonal assistant in early summer, has been promoted to first assistant coach.

Neilson, who was tabbed as the U.S. coach for the 2017 Men’s Pan Am Cup, moved his family to southern California for the national team gig by summer’s end.

The Pacific Palisades, California, native played collegiately at BYU, acting as the starting setter in 2005 and 2006. He then stuck around Provo, acting as an assistant with the program from 2007 to 2010. He got his first taste of the head coaching life as the team’s interim chief in 2011. He later served as an assistant under Chris McGown and went on to be named associate head coach in 2014.

After leaving BYU in 2015, Neilson spent time at VolleyMetrics before linking up with the national team.

Neilson was candid about lessons learned his first year with the team in an article released by USA Volleyball.

“At the college level, we are teaching players algebra. These guys are playing at the level of calculus,” Neilson said. “The type of information they can handle; what’s impactful in terms of scouting reports… this is a summer where I got to improve as a coach quite a bit.”

The U.S. men punched their ticket to the 2018 World Championships at the NORCECA Men’s World Qualifier.

Neilson’s first go round with the U.S. Men wasn’t all rosy, however. The team stumbled, finishing fourth at the Grand Champions Cup with a 2-3 mark, and the squad Neilson headed at the Pan Am Cup finished third in Group A (1-2) and lost in the quarterfinals to Puerto Rico. The team eventually finished fifth, behind Argentina, Puerto Rico, Cuba and Canada.