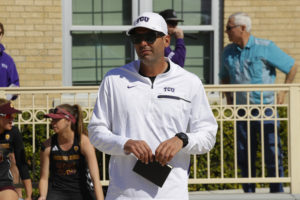 TCU Beach has earned a commitment for the class of 2021 from Hailey Hamlett.

CCRI’s addition of the sport coincides with its addition as an NJCAA varsity sport in the spring of 2019.

Houston Baptist Beach has landed a class of 2019 commit in Kristen Kleymeyer for the 2020 season.