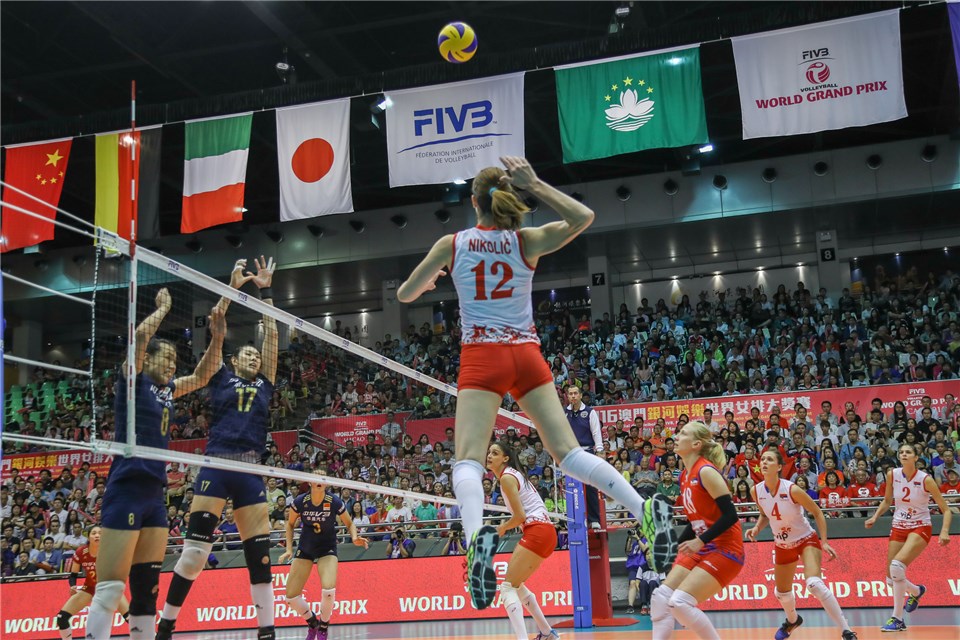 The two veteran players will try to promote the new club to Turkey's top tier league. Current Photo via FIVB

Turk Hava Yollari Sport Kulubu, or Turkish Airline Sports Club, which sponsors various sports teams and sporting projects, was an important figure in Turkish volleyball from the late 70’s to early 90’s. It featured prominently in Turkish Women’s Volleyball 1st League until it suspended its activities after the 1993-1994 season.

Now, in what club managers are referring to “bringing back the old days”, it has announced in its official website that it will restart its volleyball program, with aims to bring new stars to Turkish volleyball. Just like José Roberto Guimarães’ Barueri and Sérginho’s Corinthians projects in Brazil’s Superliga, however, the team will have to start from the bottom, in Turkey’s third division league, and build its way up to the SULTANLARLiGi, Turkey’s top tier league.

The 35 year old, 6’5″ wing spiker Nikolic is no stranger to Turkey. At the club level, she has played 7 seasons in the country’s SULTANLARLiGi:

With Serbia’s national team, which she captained during several years, she won the 2009, 2010 (MVP and Best Receiver awards), and 2011 European Leagues, as well as the 2011 European Championships, and silver medals in the 2015 FIVB World Cup and 2016 Rio Olympic Games.