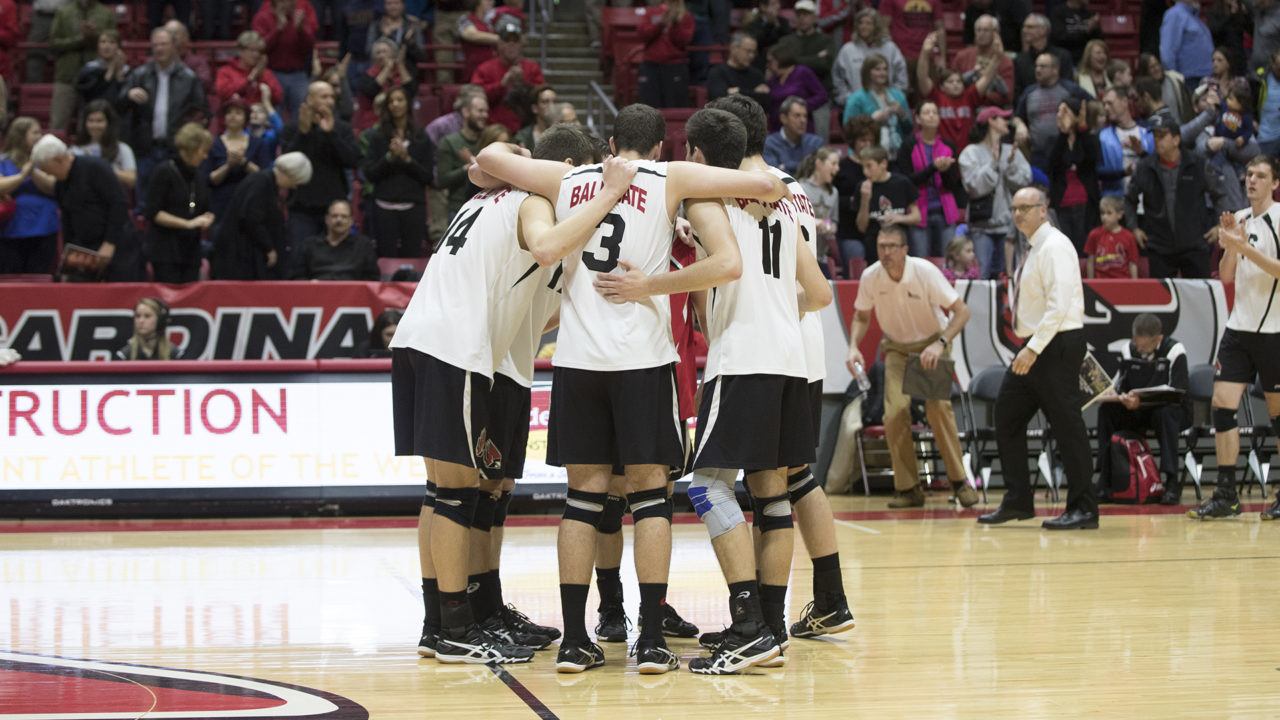 A strong blocking effort and balanced offensive attack lifted the Cardinals over the Lions on Saturday. Archive Photo via Ball State Athletics

Lindenwood hit .344 as a team in the opening set and won 25-21 despite falling behind 9-6 early.  The Lions used a 7-2 run to turn the deficit into a 13-11 lead. Kills by four different players and an ace by Chard put Lindenwood on top. The Lions led by five at 20-15 as Chard tacked on three more kills. Hipelius ended the set with back to back kills.

After splitting the first 12 points of Set 2, the teams remained close until the midpoint of the stanza. Ball State led 15-13, but broke the game open with 6-0 run, including two kills and a block by Walsh and two Reardon putaways.  A Szews kill made it 24-15 and a Reardon kill capped the stanza two plays later. Lindenwood hit -.125 in the set with five kills and eight errors.

Ball State carried the momentum through the intermission, racing out to a 10-3 lead in Set 3 as the Lions committed five errors and were stuffed twice. Down 15-8, Lindenwood scored five of the next six to narrow the gap to three at 16-13. The Lions continued their rally, eventually knotting the score at 20 on a block by Joseph Mayer and Schindler. Ball State prevented the comeback win with a 5-1 run to end the set.

The Cardinals had their best offensive set in Set 4, hitting .308 to Lindenwood’s -.136 effort. BSU built a six-point lead at 11-5 and never allowed the Lions closer than four the rest of the night. A block by Gross and Walsh and a Lindenwood hitting error ended the match at 25-21.

MUNCIE, Ind. – The No. 12 Ball State men’s volleyball team was able to pick up another MIVA win Saturday night after defeating Lindenwood, 3-1.

The Lions took the opening set, 25-19. The Cardinals racked up 13 kills, 11 digs and three blocks. Brendan Surane led the set with four kills while Cartagena had three and four digs.

The second set was all Ball State. The Cardinals took the set 25-16 after holding Lindenwood to only five kills and a -.125 hitting percentage. Walsh led the set with four kills while Cartagena had three. Reardon also had three kills, including the set winning point.

In the third set, the Cardinals went on a 5-0 run early in the set and forced a quick Lindenwood timeout. Ball State took set three with a final score of 25-21 thanks to Szews set winning kill on a Gross assist.

Ball State (17-8, 8-6 MIVA) will round out regular season action next weekend in Muncie. The Cardinals will take on Lewis on Thursday, April 6 at 7:30 p.m. Ball State will then take on Loyola-Chicago Saturday, April 8 and will honor the seniors after the match.

The Lindenwood men’s volleyball team won the first set on Saturday in Muncie, Ind. to No. 12 Ball State, but dropped three consecutive sets to lose in four. Six Lions recorded four or more kills in the loss.

Michael Chard led the team with nine kills and 11.5 points, while also tallying three digs. Blake Koppel had a career-high 16 digs in the loss, while Ryan Vorderer had five.  Adam Brewster had 18 assists on the night, while he and Ryan Moore combined for six kills. Joseph Mayer tallied nine dimes. Freshman Sam Schindler collected 10 points on seven kills and a pair of solo blocks, while hitting .267 on the night.

The Lions have to matches remaining in the regular season, both being home contests. No. 2 Ohio State will come to town on Friday for a 7 p.m. match before McKendree visits Hyland Arena on Saturday for senior night. The Lions and Bearcats curently sit in a tie for sixth place in the conference.