No. 2 UCLA, No. 4 Hawaii Notch Easy Sweeps on Thursday 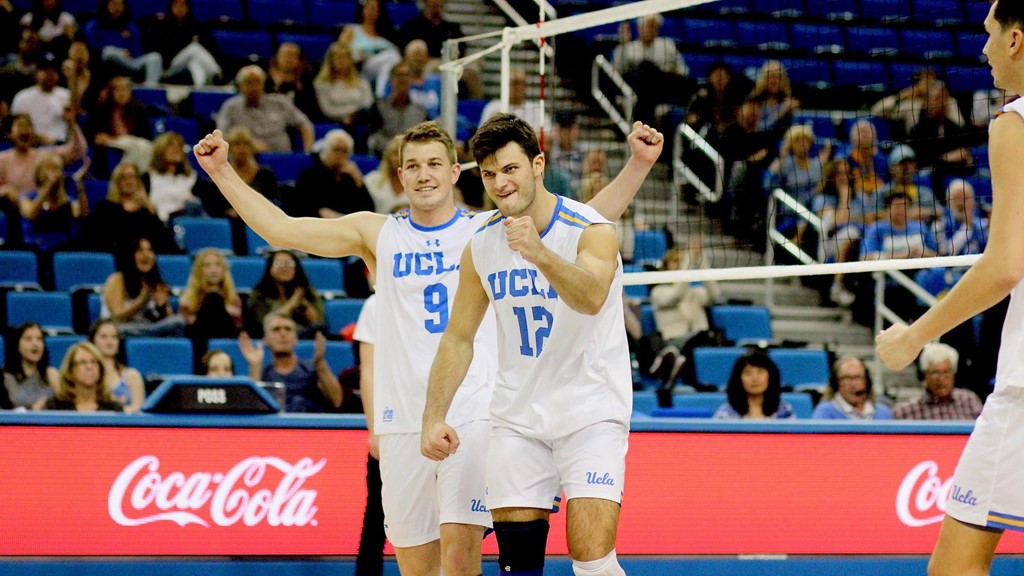 No. 2 UCLA and No. 4 Hawaii made quick work of their foes Thursday night, each walking away with sweeps. Each team hit better than .400 in the victories, while also using a stout serve to off its foes.  Current Photo via UCLA Athletics

No. 2 UCLA and No. 4 Hawaii made quick work of their foes Thursday night, each walking away with sweeps. Each team hit better than .400 in the victories, while also using a stout serve to off its foes.

Stat Leaders: Junior outside Dylan Missry notched nine kills, while hitting at a .615 clip and serving up four aces. Senior opposite Christian Hessenauer turned in eight kills, four blocks and two ace to go with a team-leading six digs. Junior setter Micah Ma’a served up six aces to go with his 29 assists.

It Was Over When: UCLA ran out to a 10-2 lead in Set 3 with help from three aces, two by Ma’a and one by Missry, and two blocks and a kill by Daenan Gyimah. Princeton narrowed the gap to four at 13-9 as Jess Hunt accounted for two kills and a block. Another Ma’a ace pushed the margin back to seven at 17-10. A pair of miscues stopped the Bruins temporarily, but UCLA capped the match on an 8-4 run. Four players turned in kills and Ian Parish, Hessenauer and Jake Amitz notched aces in the final rally.

Freshman outside Robert Bowling and sophomore opposite Wes Rogman turned in five kills apiece for Lees-McRae. Rogman and junior middle Hector Serviat each managed two blocks for the Bobcats.

It Was Over When: After trailing 10-8 in Set 3, Hawaii broke off a 9-0 run with help from three Matautia kills and two from Rattray. Three LMC miscues also aided the rally, which put the Rainbow Warriors up 17-10. Trailing 20-12, the Bobcats scored five of the next seven with two Spencer Graf putaways and a kills and a block by Rogman. Hawaii came through with three of the final four points, two on LMC errors to clinch the 25-18 win and the match.