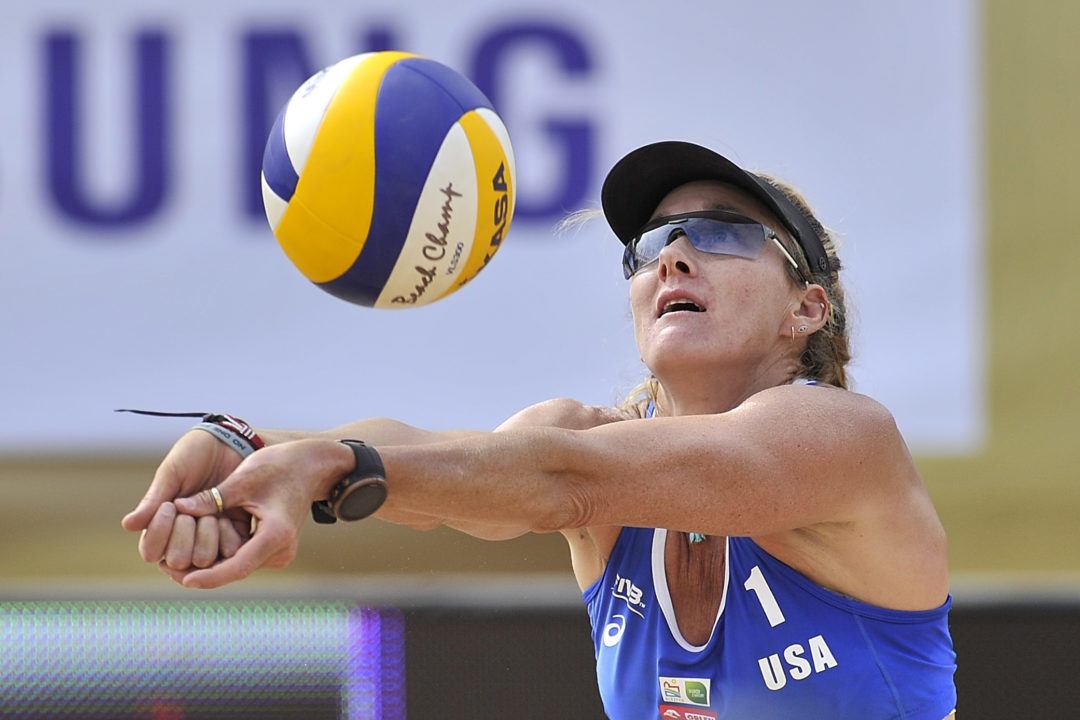 The NVL has announced that it is canceling the remainder of the 2017 season.  Current Photo via FIVB

With only two weeks before the planned Hermosa Beach event, the National Volleyball League (NVL_ announced on Thursday that it will be canceling the remainder of the 2017 season as first reported by Volleyballmag.com.

Three-time Olympian Kerri Walsh Jennings was reportedly planning on playing in the NVL this year, however it seems it wasn’t enough for the tour to justify the 2017 season. NVL CEO Albert Hannemann has announced that the organization plans on focusing its energies on the 2018 season, but has not outlined any specifics yet. VolleyMob.com will be speaking with the tour founder later today and will add more details as they become available.

Walsh Jennings has long been the face of beach volleyball and her statements about the AVP, refusal to sign the season contract and announcement that she would be suing the AVP for $150,000 as the contract renegotiation period began sent shockwaves through the rest of the athletes. Following her announcement, there were contract boycotts from other athletes such as Casey Jennings, Robbie Page and Billie Kolinske. The drama was ostensibly resolved after a meeting between AVP CEO Donald Sun and various athletes.

Walsh Jennings’ split with the AVP led to her separation from partner April Ross. She later teamed up with Nicole Branagh, with whom she advanced to the semifinals at the Olszytn Open last week before suffering an injury which is keeping her out of the World Championships.

The NVL was established in 2010 and hosted 6 professional events in 2016 as well as other events like the Club Med NVL Beach Volleyball Academies to cater to other levels of play. With up to $11,250 available for a first place finish, the NVL tour provided more opportunities for athletes to play beach volleyball professionally. Recently athletes such as Eric Zaun have transitioned from the NVL to the AVP, however with only one tour left, we can expect that all the athletes will be entering the AVP events.