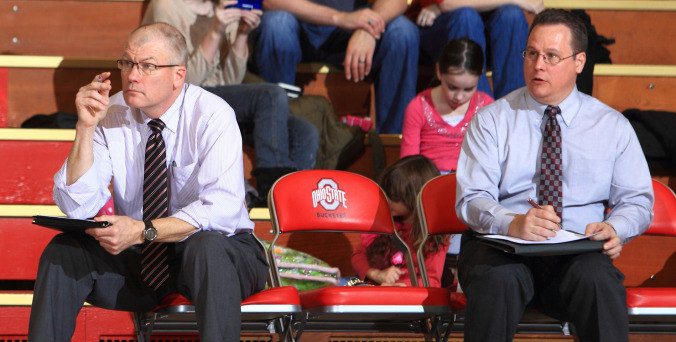 Having played in the late 1980s and now after 26 years of coaching, OSU men's assistant Tim Embaugh has a unique perspective on the evolution of the sport in general and also how Buckeye volleyball has changed through the years. Archive Photo via Ohio State Athletics

Tim Embaugh is not only an assistant coach for the Ohio State men’s volleyball team, but also a former Buckeye player. Having played in the late 1980s and now after 26 years of coaching, Embaugh has a unique perspective on the evolution of the sport in general and also how Buckeye volleyball has changed through the years.

He sat down with OhioStateBuckeyes.com to discuss those very things, highlighting the change in support and success and how the sport has changed his life.

Embaugh related the collegiate athletics experience, the bonds it forms and the character it develops to the closest thing to armed combat a civilian can experience.

He discussed the development of the coaching staff and learning what it takes to build a successful program as well as his philosophy that hard work can overcome physical and other disadvantages in a match.

The effort that Embaugh and his teams put in made a dream come true for the coach who played in a national semifinal in his collegiate days and later saw his charges take the national title in 2011, 2016 and 2017.