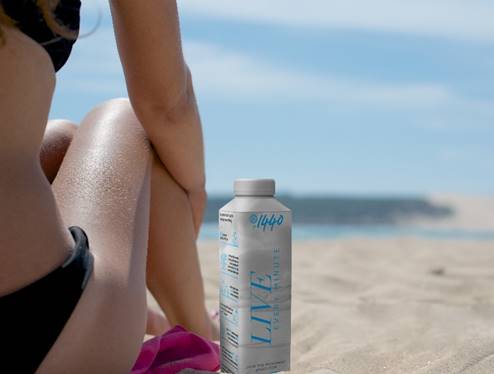 Kerri Walsh-Jennings‘ p1440 event series has already illustrated its ties with music industry by including a concert series as part of its beach volleyball tournaments. The platform is taking that one step further, and adding an environmental aspect, by joining forces with musician/actor Jaden Smith and his sustainable beverage company, JUST water.

Through the collaboration, JUST water will be producing a special edition water bottle specifically for p1440 events. In keeping with JUST water’s dedication to “producing responsibly sourced products in planet friendly packaging,” the limited edition bottle will be paper based. It will be available at all p1440 events.

Given Walsh-Jennings’ ties to the beach and the water, it is no surprise she would be drawn to the goal of creating less plastic waste at beaches and reducing the carbon footprint of her event series set to take place in that venue.

“We’re honored to create a special edition JUST bottle with p1440 for their events,” Smith said. “For our first collaboration, aligning with an organization founded by inspiring athletes and based upon enjoying and protecting the beach, ocean and planet is something I’m deeply passionate about and we’re humbled to support.”

“It’s an honor to be partnering with this talented group of people and with a progressive organization that shares a very similar mission to JUST – making decisions to better our planet and the people who live in it,” JUST CEO Ira Laufer said. “We look forward to hydrating the fans with this special collaborative water bottle and watch p1440 make a positively disrupting difference in their space.”

Walsh Jennings, who bucked tradition and created her own event and competition series to run alongside FIVB and the AVP, sees a likeminded organization in JUST water.

“JUST water and p1440 are aligned with the same values of the dreamers who have the vision and the devotion to create their wildest realities; people who are not afraid to stand up and create their own path, instead of waiting and hoping that things will change,” Walsh Jennings said. “This is the exactly the type of brand with whom we want to partner at p1440. Keeping our world clean is a high priority, as well as inspiring attendees to live mindfully and with purpose, every minute of the day – all 1440 of them. We believe you get what you give in life and and we will always strive to respect our earth’s natural resources – she’s so good to us. We are all here to make a positive impact on our community and this partnership signifies just that.”

P1440, the brain child of Walsh Jennings and her husband, Casey Jennings, is slated for eight event stops in 2018-19 with the first set for September in San Jose, California. 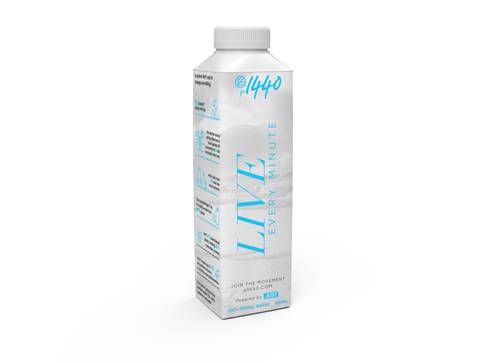