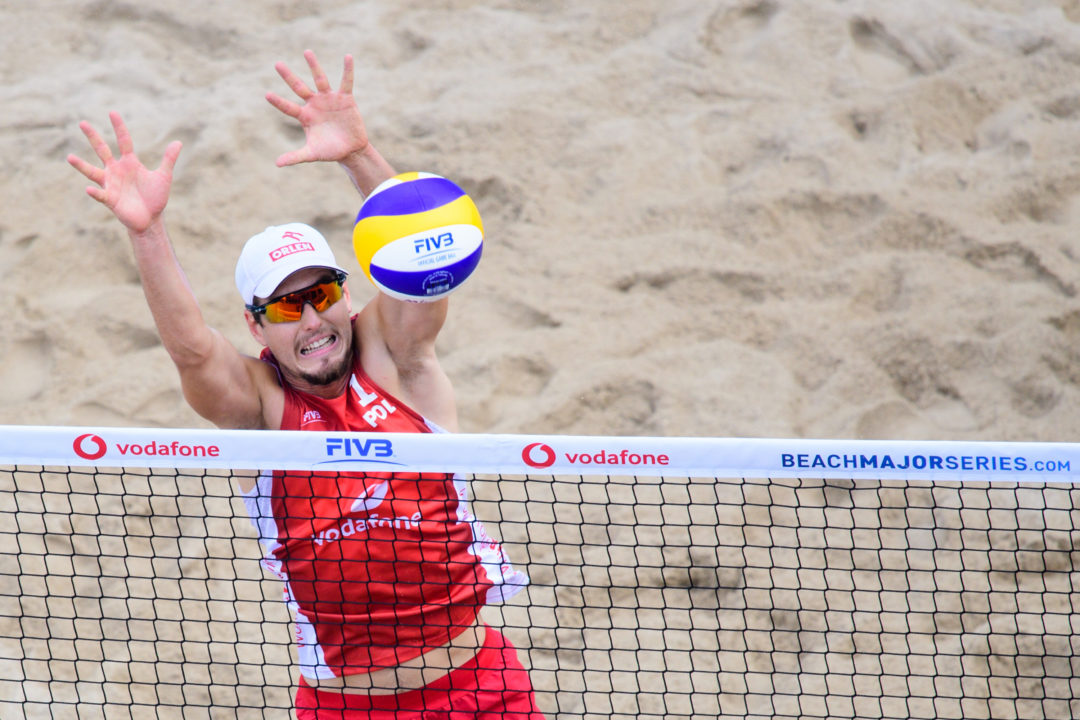 Day 1 of the World Tour Finals included eight men’s matches with Poland’s Piotr Kantor/Bartosz Losiak headlining the action with a pair of victories.

“It was a good start for us, with two big wins,” Losiak said. “Both teams won medals last week in Moscow and are tough opponents. It wasn’t great, we made several mistakes, but the most important is that we won both matches. I think we had good serves in crucial moments and had a good performance in blocking and defending.”

Italy’s Paolo Nicolai/Daniele Lupo won their lone Pool A match of the day, topping Smedins/Samoilovs in tiebreak (16-21, 21-14, 15-10). Germans Julius Thole/Clemens Wickler also have a win under their belt, outdoing Stoyanovskiy/Velichko 21-19, 21-11 to wrap up the day’s action.

Mol/Sorum will look to continue their 20-match win streak in a pair of Thursday matches against Plavins/Tocs and Herrera/Gavira.

Men’s action is set to begin at 4 a.m. ET Thursday with Mol/Sorum vs. Plavins/Tocs. 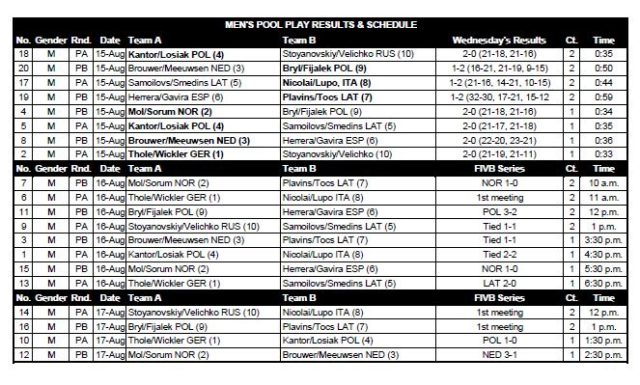 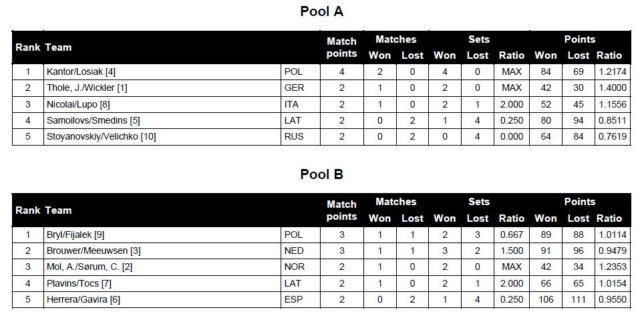