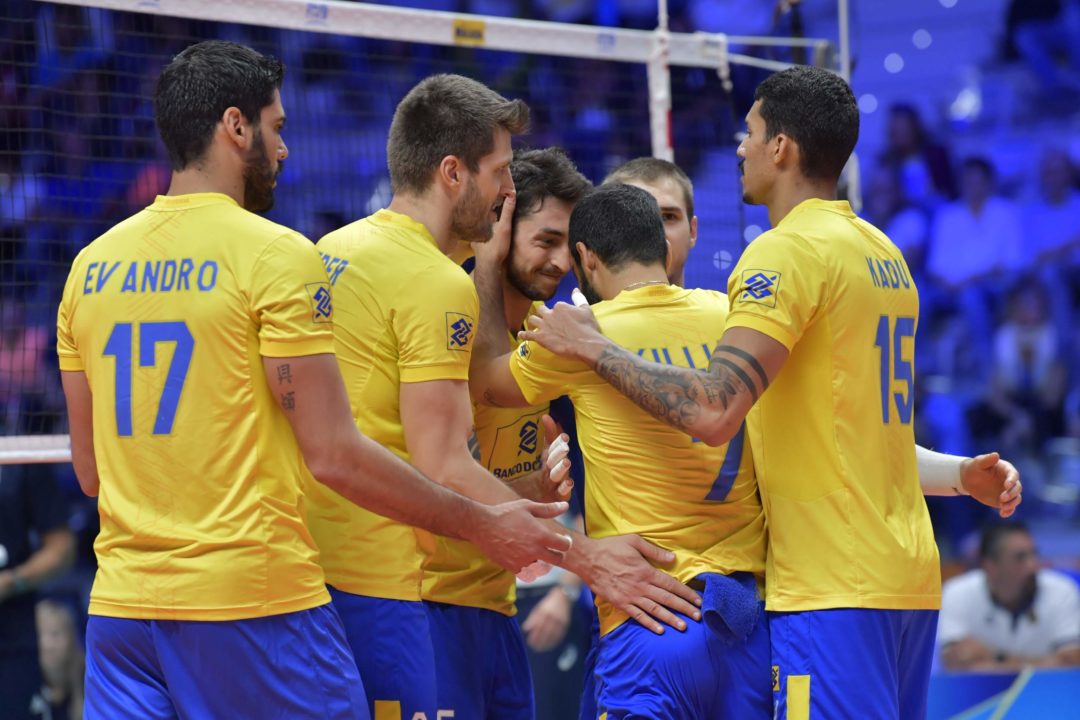 With the 2018 FIVB Volleyball Men’s World Championship finishing last weekend in Italy, we at Volleymob decided to take a... Current Photo via FIVB

With the 2018 FIVB Volleyball Men’s World Championship finishing last weekend in Italy, we at Volleymob decided to take a look at the projected FIVB Senior Men’s national team rankings. We had done something similar after the Volleyball Nations League in July, but the FIVB did not update their official rankings. In fact, the FIVB has not updated their rankings since the 2017 FIVB World League.

The points used in the values for the 2018 Volleyball Nations League and the 2018 World Championship are based on the the 2017 World League and 2014 World Championship respectively. If and when the FIVB releases their official rankings and point values, I will make adjustments on my excel spreadsheets. Without further a due, here are the projected FIVB Senior Men’s national team rankings for the Top 30 teams. 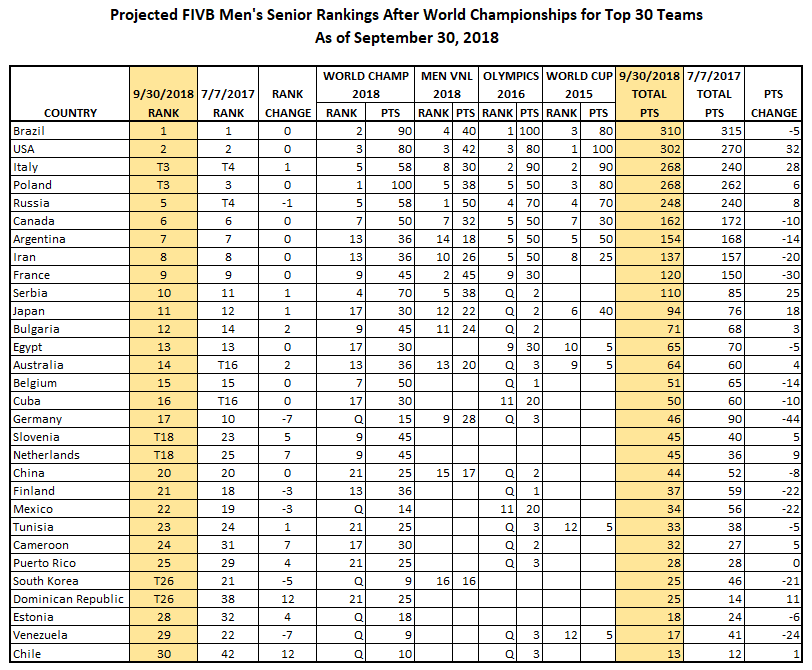 The Brazilian men will remain the top ranked team in our FIVB projections. With top four finishes in the four scoring tournaments, the World Cup (2011 World Cup was used for Brazil as they did not play in the 2015 World Cup), 2016 Olympics, 2018 Volleyball Nations League and 2018 World Championships. Brazil did lose five points from the July 7, 2017 ranking from 315 to 310. In second place is the USA with 302 points an increase of 32 points. In 2014 the USA did not make the third round of the World Championship, whereas finishing with a bronze in 2018 gave them a significant points boost. In third place there is a tie between the Italian and Polish men’s national teams at 268 points. Italy would be in front of Poland if they had made the semifinals. Russia comes in at fifth place with 248 points.

The highest movers in position from the July 7, 2017 ranking to last weekend would be a tie between the Dominican Republic and Chile with a gain of 12 spots. However, the Dominican Republic’s gain of 11 points is much more than Chile’s 1 point. Looking at the biggest drops, it is also a tie between Germany and Venezuela. Neither team participated in the 2018 World Championship and that drop in ranking ties to a drop in points. Germany lost 44 points (third place in 2014) from not qualifying from Europe and Venezuela lost 24 points (knocked out in first round in 2014) from not qualifying from South America, which only had two berths in this year’s World Championship.